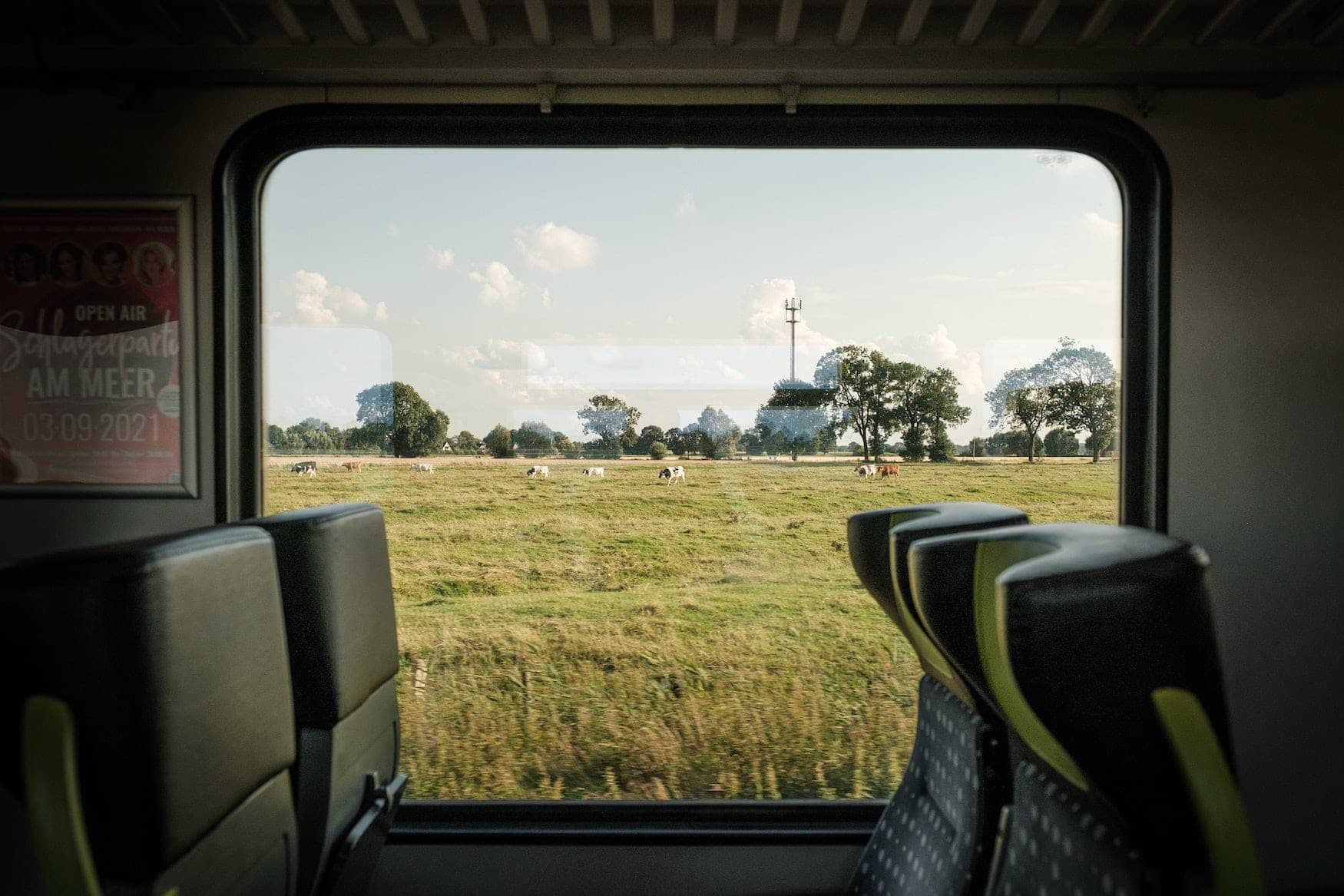 The 9-euro ticket is here and with it, the opportunity to travel across Germany for the fixed price mentioned. Okay, the routes are unfortunately not always comfortable. You shouldn’t drive too far into the country either, but the at least the go-to metropolises or holiday destinations are easy to reach. We took a look at which routes are worthwhile without changing trains. For these spots, all you need is the 9-euro ticket and a backpack of patience.

Off to the sea: The RE6 from Hamburg to Sylt

Ever since the ticket was announced, jokes have been circulating on the internet about the fact that all of Germany is meeting up on the most beautiful island this summer. One reason for this could be that the route from Hamburg-Altona to Sylt (either Westerland or Keitum) is really not an insider tip. And to be honest, not a daily task either. Because if you get up early enough and blast off, you can enjoy a late breakfast in Westerland, for example. It is only important to know that Sylt is difficult to explore without a vehicle. We therefore recommend renting a bike at least on site. But one thing should be said immediately: the bike is more expensive than the journey.

Nevertheless, the route from Hamburg to Sylt is, of course, something special. The train chugs for kilometers through German marshland. It’s so flat there, as the old joke goes, that in the morning you can see who’s coming to visit in the evening. The highlight of the route, however, is the eleven-kilometer journey over the Hindenburgdamm. This connects the mainland with the North Frisian Island and runs for around eight kilometers through the fascinating nature reserve of the Wadden Sea.

And if you want to stroll around before boarding the train in Hamburg Altona, you can do so. Because the train station is located directly on the shopping street and it actually has many pleasures to offer. If you have a little more time, it is best to take a slightly longer walk in the direction of Ottensen. There, you’re more likely to shop in the funky hood. If you are hungry: In the immediate vicinity of the train station (and we don’t mean the classic ones in the train station!), you will definitely find a delicious snack for the train journey. And, if you stop by there during the opening hours of Billy The Butcher – Burger & Bar, we can only recommend that you stop there and treat yourself to a delicious lunch. You will not regret it!

The Wine Route: With the RE1 between Koblenz and Mannheim

The following is important on this route: First, you should be well prepared. We recommend visiting a wine shop and buying a good Moselle wine of your choice. Yes, you could probably exceed the budget of the ticket but it would be so stylish if you enjoyed the wine from a to-go cup on the train. Second, you need a seat by the window, one with a view of the Moselle. This is most likely on the left in the direction of travel.

And yes, the view is a highlight of the route. Not only because the Moselle is so idyllic and exudes a certain lightness, but also because of the numerous vineyards that make the area so wonderfully unforgettable.

And if you are on your way to Cochem, then you’ll have a real superlative experience on the way. The Kaiser Wilhelm Tunnel, built between 1874 and 1877, was Germany’s longest railway tunnel for over 100 years. And if you fancy a little stroll, you can also stop in the towns of Neef and Bullay. It’s so picturesque!

A Pleasurable Triathlon Along The Moselle

The Höllental Tour: With the S1 or S10 from Freiburg to Villingen

Ah, the Black Forest is such an eye-catcher. And, of course, it’s also on the most famous route that the area has to offer. How about a tour from Freiburg im Breisgau – that’s supposed to be Germany’s most beautiful city – to Villingen? The best thing is: You drive right through the Black Forest. You can even get off in Hinterzarten or (even better) in Titisee. Brilliant Black Forest kitsch awaits you there. This includes outrageously expensive cuckoo clocks and very delicious Black Forest cakes. This belongs on the must-do list, so to speak!

And somehow, the train does all the heavy work for you. Because the Höllentalbahn is the steepest route for regular trains (without cogwheel drive) and is quite a climb up the mountain. It’s practical, because the view is really dramatic. And as it should be in Baden-Württemberg, the lanes are very clean and every seat has a power socket and – surprise, surprise – there is even WiFi.

What’s also great is the drive over the bridges and the valleys which are also impressive. Another spectacular sight: The Ravenn Viaduct, which is the longest bridge in the Black Forest and crosses the Ravenna Gorge. There is always a great Christmas market there. Unfortunately, the ticket is no longer valid by then.

Damn long – The RE5 from Rostock to Elsterwerda (via Berlin)!

With a route length of 390 km (duration: 5 hours) you can get the furthest with the RE5 from Rostock to Elsterwerda with the 9-euro ticket.

Rostock, the rough beauty on the Baltic Sea, can also be quite tranquil. For example, in the seaside resort of Warnemünde which is close to the Baltic Sea. The university town scores high with sights such as the historic city wall, the Kröpeliner Tor and the Estates House. But, of course, also with an excellent pub district. In the Kröpeliner suburb, those who like to party will find enough bars for a boozy evening.

The destination, the tranquil Elsterwerda, offers a pretty old town with the Elster fountain, a town church and a baroque castle. The nature is great too. Elsterwerda is located directly in the Niederlausitz Heathland Nature Park, which invites you to hike and explore.

And with a stopover in Berlin, well, that’s never a bad idea!

Next
The Michelin star constellation over Germany