Small and funky: the Cab20 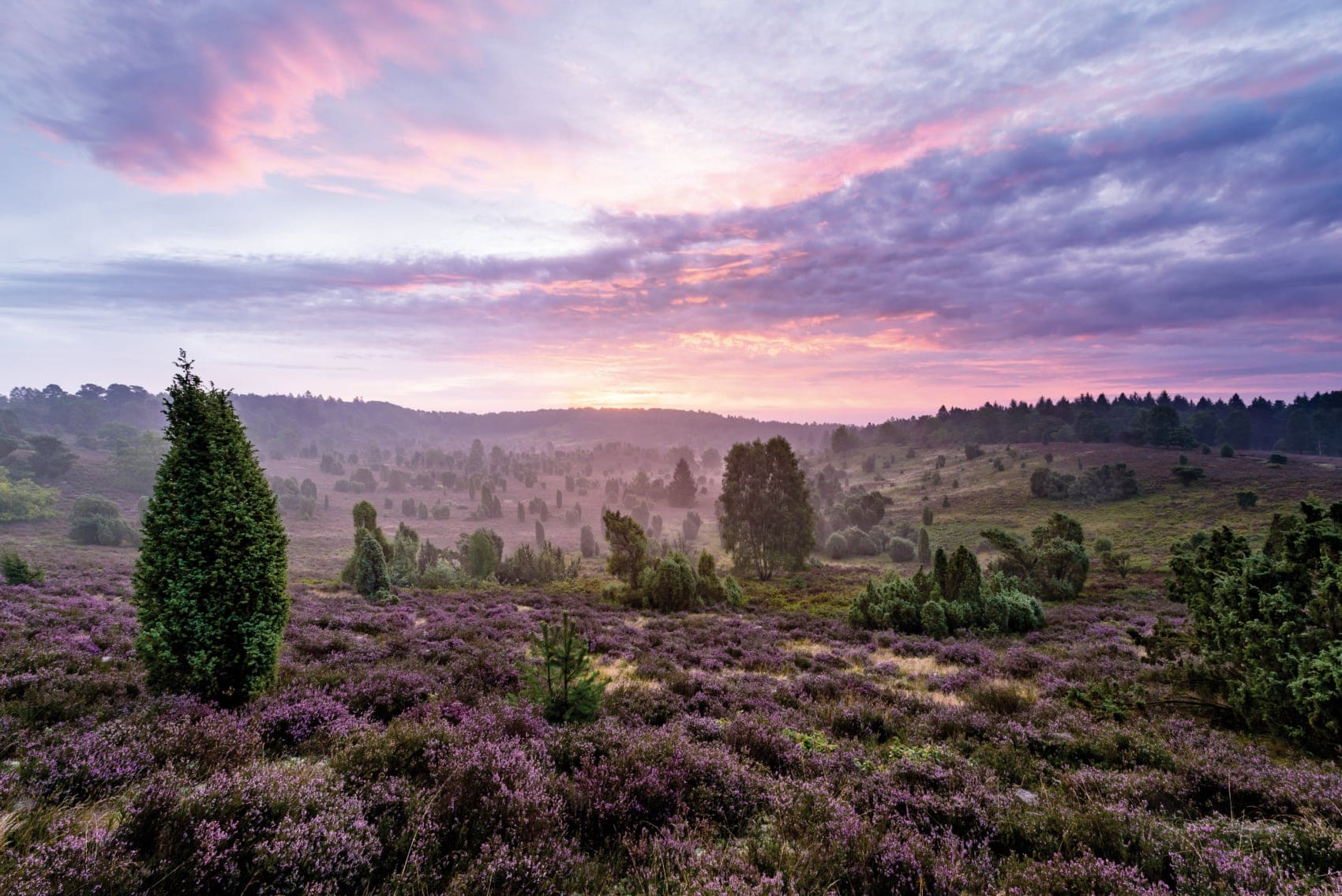 From Hamburg: Off to the green countryside

Anyone traveling to Hamburg, a metropolis of almost 2 million people, may feel the need to spend a few hours outside the city. But where to go? funkyGERMANY presents six day trips from Hamburg.

Amazon feeling in the Duchy of Lauenburg

For more than forty years, the river Wakenitz formed the inner-German border. Because the eastern bank, with its belt of marshes several hundred meters into the country, was so inaccessibly distant for decades and was hardly ever entered by humans, a unique mangrove landscape has developed there. Trees uprooted by storms or those of decrepit age were not felled and removed, and forestry was not practiced. Kingfishers and many rare species of ducks have found a home here, on the “Amazon of the North”. From the excursion boats that sail from Rothenhusen to Lübeck during the season, this magnificent idyll can be taken in quite calmly. Those who prefer a more sporty approach can climb into a canoe and paddle at their own pace.

How about putting your skills to the test in the typical North German sport behind the Elbe dike? Traditionally, boßeln is played in autumn and winter, but you can also show what you are made of in the Wilstermarsch in summer. The meeting point is the parking lot on the B 431 at the Störsperrwerk near Wewelsfleth. There you will be welcomed by the boßel guide and his equipment, who will give you a short introduction. The group starts at Achtern Diek and the goal is to cover a certain distance with as few throws as possible.

After a lot of exercise in the fresh air and a lot of boßel fun, a stop at a restaurant is just the right thing to regain strength. In the cold season, a hearty kale meal is traditionally offered.

The Brenner Moor in Stormarn is the right place for everyone who wants to forget everyday life. Just take a deep breath and listen to nothing but the wind whistling over the grasses. The Brenner Moor is Schleswig-Holstein’s largest inland salt marsh and one of the nicest day trips from Hamburg. The high salt content of the water corresponds in some places to that of the North Sea. This is why plants such as beach trident and spring occur here, which are otherwise only found near the coast. Walking through the area, you can see many species of birds, such as gray herons and reed buntings, as well as a variety of floral beauties.

See, hear, feel, smell and taste – experience nature with all your senses. This is what the non-profit Landpark Lauenbrück – an animal and landscape park between Hamburg and Bremen – wants to offer its visitors. It is ideally suited for a day trip. Whether riding a donkey for children or petting one of the hand-tame animals. he comfortable trot of the donkey while walking through the park causes relaxation and deceleration from the hustle and bustle of everyday life. Dogs are also allowed in the park. Especially for them there is even a fairly large forest to romp in. Play and fun in harmony with nature is also in the foreground in the play landscapes. But where to go first? To the deep ropes course, the swing forest, the knight’s castle or the giant dune …

Heath blossom in the Lüneburger Heide

It is considered the fifth season in the region. And according to the usual rule of thumb, it blooms every year between August 8 and September 9 – the purple-colored common broom heather (Calluna Vulgaris) in the Lüneburger Heide, the largest area of heath in Europe. It then shows itself in a very special color splendor: Strong purple, interrupted by the rich green of the gnarled junipers and pines alternate with the silvery white of the birches. Then the beekeepers also set up their colonies.

The heath then literally smells of heather honey – it just honeys,

says a guide from Schneverdingen, describing this natural spectacle in which several hundred bee colonies collect the nectar from millions of heather blossoms.

For a good six weeks, one of the largest nature parks in northern Germany is transformed into a purple mecca for nature and hiking enthusiasts. Hikers who want to take it a little easier will certainly find a suitable path among the 30 or so circular hiking trails. For example in the Pietzmoor, around the Wilseder Berg, with its magnificent sunsets, or in the Büsebachtal.

Pick yourself an apple in the Alte Land

They hang bright red on the apple trees and tempt you to take a bite. When crisp apples delight eyes and palates in numerous farm stores, farm cafés or at one of the colorful farm festivals, it is harvest time in the Altes Land orchard. This is the largest contiguous fruit-growing area in northern Europe and the eponym for the Altes Land vacation region on the Elbe River. As many as 18 million fruit trees line the banks of the Elbe. The fresh apples are picked until November and thanks to offers such as apple sponsorships, trips with the apple crate express or apple tours, the apple harvest becomes an interesting experience, especially for families.

Especially at harvest time, it is exciting for apple lovers and other fruit connoisseurs to learn about the path the fruit takes from the tree to the consumer and how a fruit tree develops over the course of its life. That is why numerous fruit farms offer guided tours of the farm, apple crate express rides through the orchards or an apple diploma with knowledge questions. Guests can pick their own apples at various farms.

Next
Tips when Camping: How to save money