A Bar Without Booze in Berlin 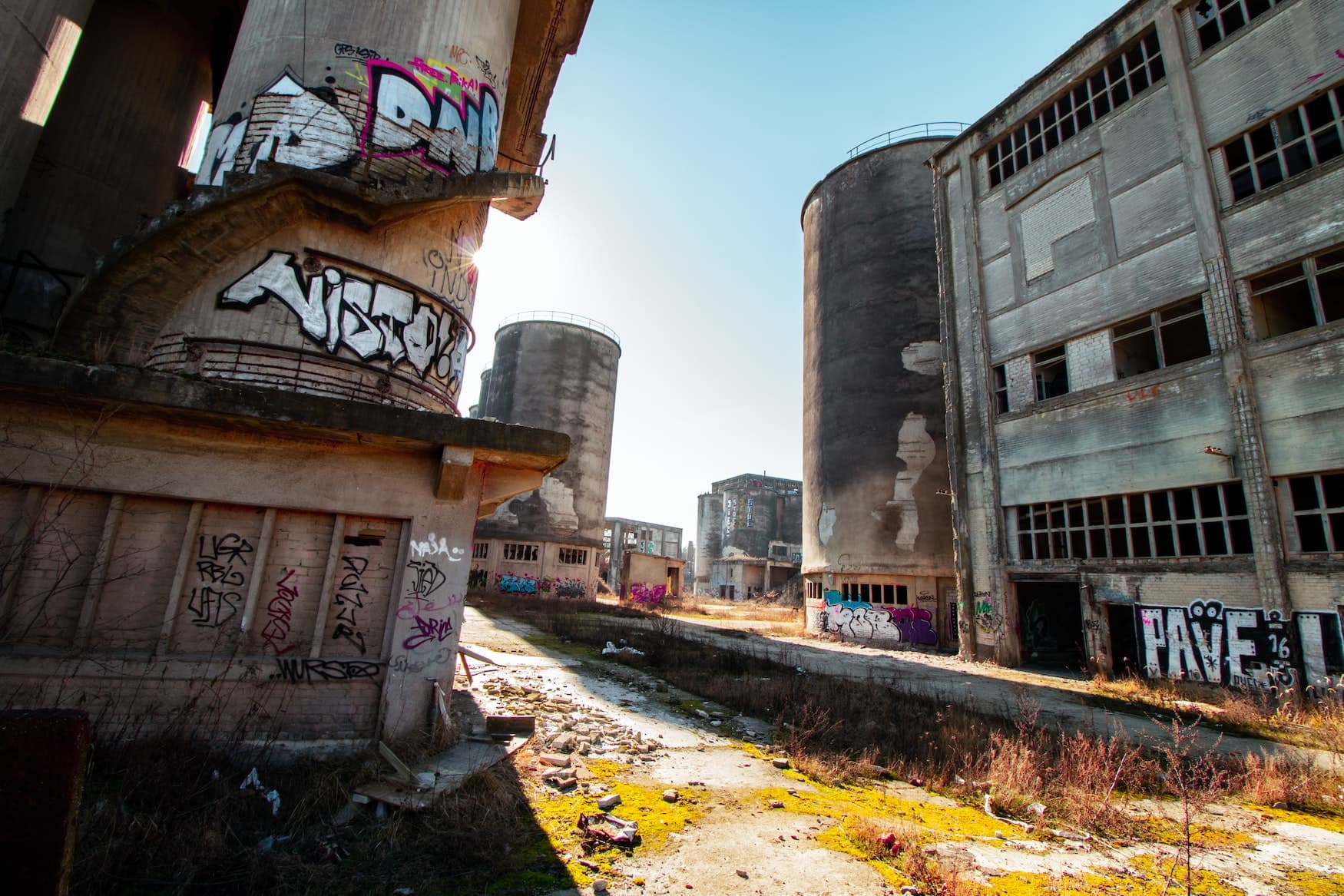 Bleak, dark places have an appeal to many people. In Berlin, visitors can find plenty of Lost Places that are worth a visit. Here are some of the German capital’s most sinister places to explore.

There are plenty of places worldwide that can send a shiver down the spines of visitors. Often these are places that were once full of life but are now abandoned and empty. Some Instagrammers have generated a real hype around these “lost places“. Hashtags like #abandonedplaces or #lostplaces allow social media users to dive into this world. Berlin also has its fair share of such locations.

Teufelsberg – Impressions from the Cold War

On the city’s second highest point, the Teufelsberg hill in the Berlin district of Grunewald, there is a radar station from the Cold War era. The area covers a total of 48,000m² and is open for the public.

If you want to take a little trip back in time and also take a look at the highest street art gallery in the city, you’ve come to the right place. For in addition to a display about the history of Teufelsberg and photographic impressions from its past, there is a lot to discover on the grounds.

Although the viewing platform with its radomes (radar domes) and towers cannot be visited individually at the moment, the guided tours are highly recommended. During the historical guided tour on Friday at 2 p.m., Saturday at 1 p.m. and Sunday at 1 p.m. and 3 p.m., experts and people who actually worked or had personal experience of the Cold War at Teufelsberg accompany visitors for 90 minutes, sharing tons of information and interesting facts about the history of Teufelsberg. From Wednesday to Sunday, from 12 noon to 8 p.m., visitors also have the opportunity to tour the safe areas of the radar station on their own.

A walk across the grounds in the evening, in the dark, opens up a whole new perspective. Some of the abandoned rooms are only sparsely lit and offer extraordinary photo opportunities. It gets mystical during the historical torchlight tours, which are unfortunately not offered at the moment (but should hopefully return later this year). Tickets for the historical tour cost €15. Those who want to take photos must also buy a photo ticket for €15 euros.

Address: Teufelsseechaussee 10, 14193 Berlin. The S-Bahn stations Heerstrasse and Grunewald are about 30 minutes‘ walk away.

Since 1997, the association “Berliner Unterwelten“ has been researching and documenting the historical background of Berlin’s underground, offering guided tours and seminars. One tour, for example, displays the underground shelters in the Gesundbrunnen metro station. They were built over several floors for air-raid protection during World War II. The air-raid shelters were preserved after the war because an Allied demolition would have destroyed the subway tunnel as well. The complex was rediscovered in 1998 by the Berlin Unterwelten association.

During the 90-minute tour, visitors will learn about bombing during the Second World War and the system of air raid shelters that existed in Berlin, as well as about other wartime structures and the protection of monuments. Tickets cost €13 plus an advance booking fee and are available exclusively online. Unfortunately, filming and photography are not permitted during the tours.

Spreewald: A Journey Back to the GDR’s Only Theme Park

Amusement or theme parks like Phantasialand in Brühl near Cologne or Movie Park Germany near Bottrop-Kirchhellen have always attracted millions of visitors. There was also one such a park in the German Democratic Republic; the Kulturpark Plänterwald in the Berlin district of Treptow-Köpenick. Opened in 1969, it was the only amusement park in the GDR. After reunification, the park remained open, but visitor numbers continued to fall year after year. Twenty years ago, in 2001, the lights finally went out for good and the park was closed forever. Decay, vandalism and the reclaiming of the land by nature created a very special lost place.

Since August 2009, however, fans of lost places in Berlin can visit the old Spreepark every weekend. Two-hour guided tours of the park are offered for this purpose. There are six guided tours every Saturday and Sunday and on public holidays. Guided tours will resume in April 2021. The park‘s information pavilion is also scheduled to reopen then.

Address: Kiehnwerder Allee 1 – 3. About a 20-minute walk from the S-Bahn station Plänterwald.

Escape Through the Tunnel in the Berlin Dungeon

Immerse yourself in Berlin’s dark past at the Berlin Dungeon. Here, eleven live shows with professional actors bring visitors closer to the city and its history, but in a slightly different way. In the show “Escape Through the Secret Tunnels” visitors experience how the knight, Erich Valke, tells his story about the great fire of Berlin, which took place in the 14th century, in the dungeon of the courthouse in the Nikolaiviertel district of the city.

Bailiffs rush in to take the knight to his sentencing. But watch out! Any visitors here could be arrested as accomplices. So flee while you can and escape on a raft through the secret tunnels of 14th century Berlin! An online ticket is available as a “Flexi-Ticket 2021“, costing  from €19.15. Visitors may not take pictures in the Dungeon itself, but a team of in-house photographers will be happy to take photos of you in creepy settings, which can be purchased at the end of the experience.

Previous
A Harbour in the Harbour