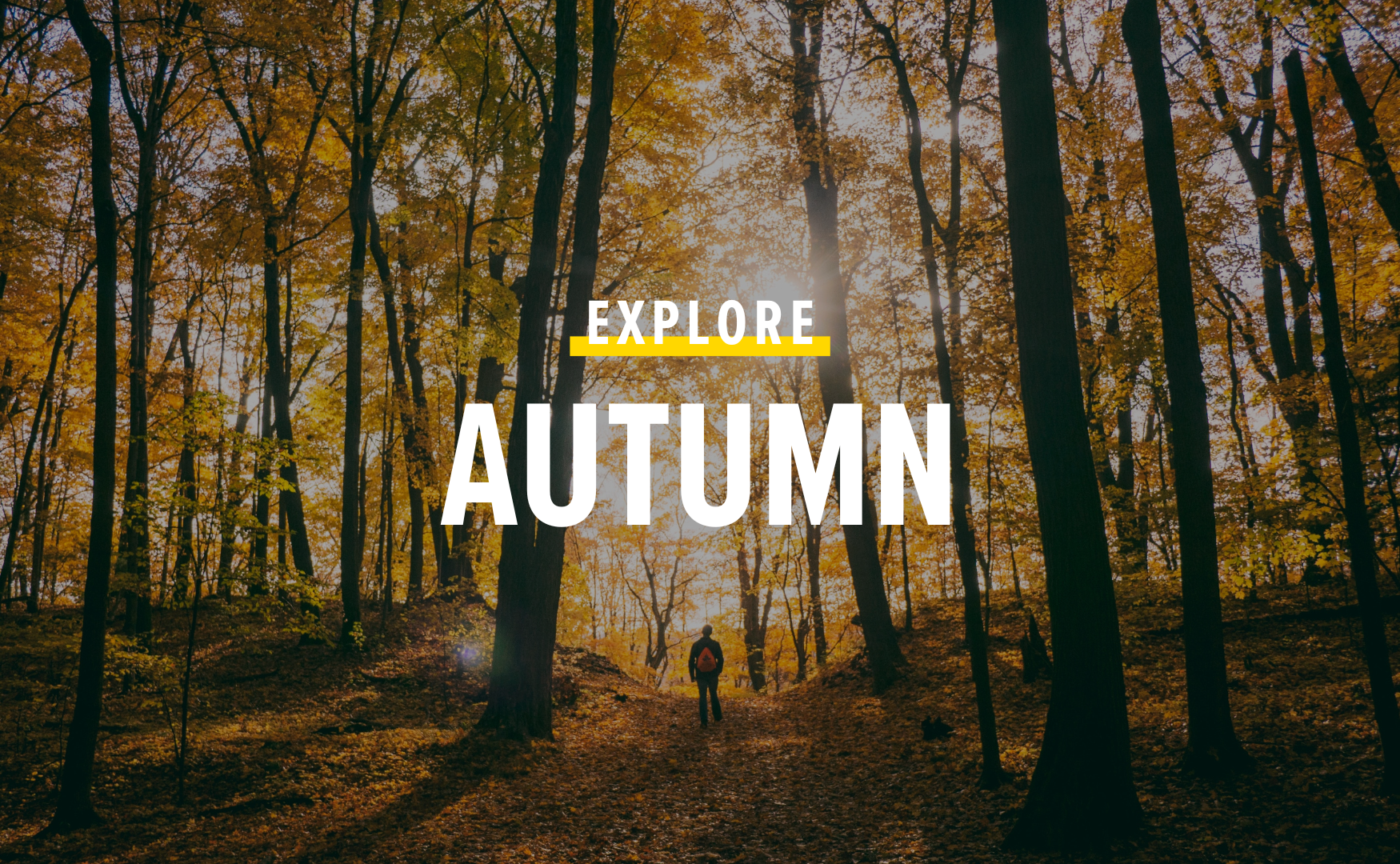 It’s golden leaf time or “Indian Summer” as they call it in Germany. We thought we’d put together a small list of Autumn walks in Germany for you, where beech, spruce and oak trees now shine splendidly.

The Grumsin Forest in Brandenburg

The colors of the season? Saffron, Crimson and Olive! The primeval beech forest in the Biosphere Reserve Schorfheide belongs – like the Hainich in Thuringia, the Kellerwald in Hesse, the Jasmund on Rügen and Serrahn in the Müritz National Park – to the World Natural Heritage and is considered one of the most beautiful walking areas. Of the vast beech forests that once covered Northern Europe, only a few islands remain that need special protection. And this nature reserve is located northeast of Berlin and is a top-class recreation area. Even the three woodpecker species that like to meet here sound quite nice.

Before we take the first step, we would like to impart some knowledge. Larches are not conifers at all, they only have needle-shaped leaves; they turn golden yellow in autumn and are then dropped. Stately specimens stand near Grainau and form a purest fairytale forest. Not only do the leaves change color, the larch trees are also covered with lichen and this creates a very special atmosphere. Of course, the adjacent mountain massifs are also impressive – such as the Wetterstein with the Zugspitze or the Sonnenspitze and the Wamperter Schrofen.

It’s hard to believe, but the Taunus was once a treeless tundra. The first settlers after the last ice age were birches. You can find out about this in the information center, for example. And since you don’t just want knowledge but also want to get some fresh air, there are a total of 1,240 kilometers of hiking trails to choose from. These then lead not only past birches, but also over the mountain ranges close to the city, where sweet chestnuts, beech trees and even redwoods grow.

The Forest Research Institute bought this large area in 1957/58 to plant a unique reservoir of rare shrubs and natural trees. Today, an impressive variety thrives here in the Kaiserstuhl area. Not only the imposing sequoias from California thrive in Germany’s warmest region, but also lime trees, larches, beeches, Douglas firs and orchids.

29 hectares of primeval forest – remnants of the old Hutewald from the Hude monastery between Delmenhorst and Oldenburg – are protected here, including ancient oaks. A special feature is the large proportion of dead wood here. This is one of the important factors for the biodiversity found there. And that is enormous. More than 1,500 animal and plant species have been found in Hasbruch. And – mushroom lovers beware – the large number of different types of mushrooms has not yet been taken into account.

Previous
Fehmarn – bike tour with a bed in your luggage

Next
Southern Palatinate: an autumn journey