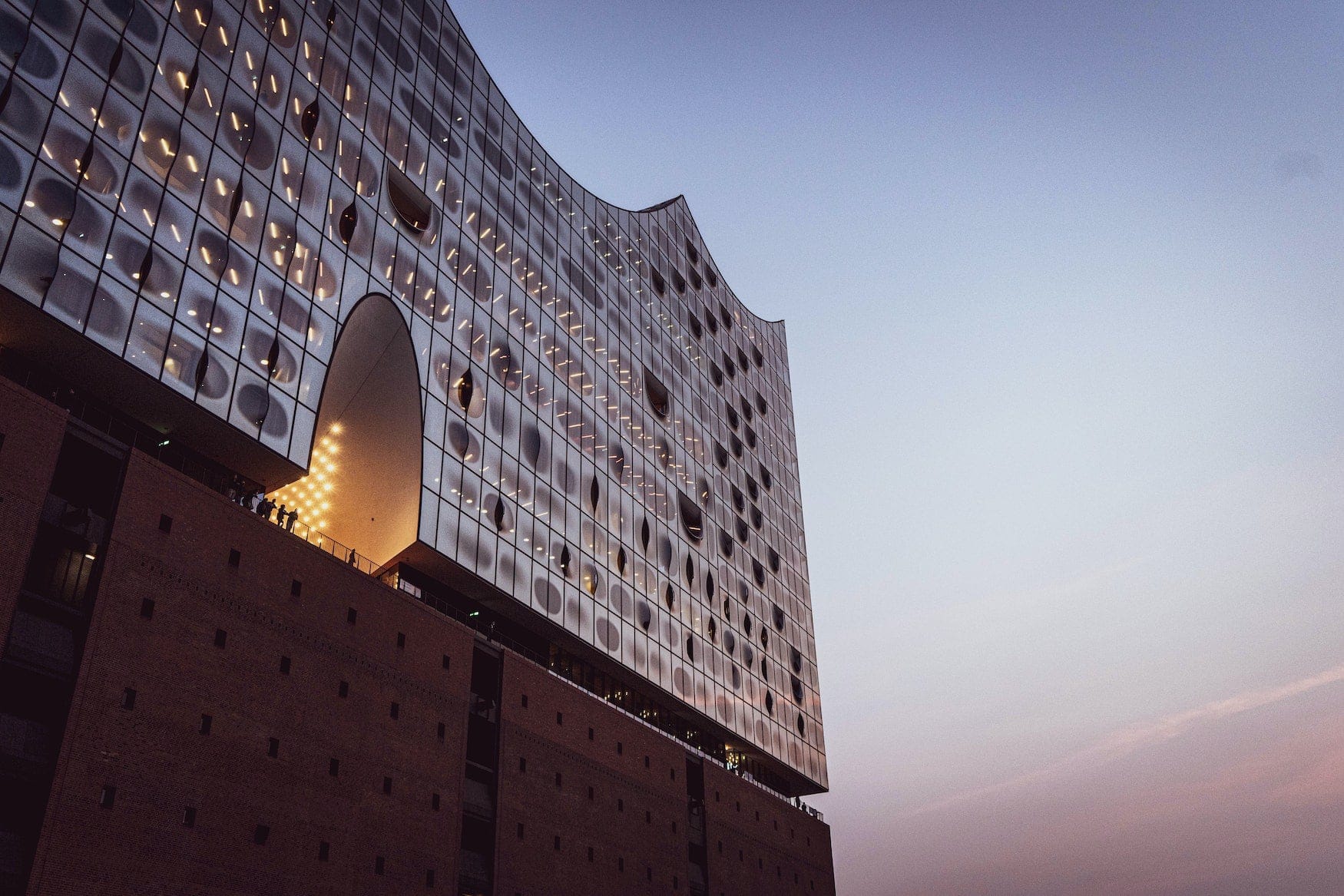 Attention architecture fans and art lovers – there are three buildings that are absolutely worth visiting. If only to appreciate the signature of Herzog & de Meuron, because all three buildings were designed by the Swiss star architects.

If you ask the architects what was important to them when building the Allianz Arena, i.e. the football stadium for FC Bayern Munich, among other things, they answer the following:

The stadium should have a presence as a body of light that can change appearance and is set in an open landscape. The stadium itself should be crater-like.

And yes, we can confirm that. The architect duo succeeded wonderfully in this. Because as a huge body of light, the stadium immediately catches the eye when you drive on the motorway in the north of Munich between the airport and the city center. The face of the stadium can change depending on how the clubs play. It lights up in red and white for Bayern Munich and in blue and white for TSV 1860.

Here is another special feature that the two have come up with for this stadium: Since only football is played here, the seats and each of the three tiers are as close as possible to the field. The gradient that rises from top to bottom also creates a special density. Incidentally, Shakespeare’s Globe Theater was the model for this with the viewers sitting right where the action is.

At first glance it looks as if the new building has always been there. And that is absolutely the intention. Duisburg’s Küppersmühle, once a grain mill from 1860, is the result of the skillful redesign of an existing industrial building by star architects Jacques Herzog and Pierre de Meuron, opened in 1999. The Swiss artists are also responsible for the extension building, which opened in 2021.

The interior is architecturally spectacular: a striking, sweeping staircase connects all floors of the new area. The terracotta tone and the structured concrete materiality reflect the overall character of the Küppersmühle as a typical industrial plant of the 19th and 20th centuries. On a total of 6,000 square meters, the museum primarily presents the extensive collection of the spouses, Sylvia and Ulrich Ströher, with 3,500 works of mostly German art from 1950 to the present day. museum-kueppersmuehle.de

Even the ride up to the Elbphilharmonie is impressive: the steep escalator travels through the old warehouse and up to the Temple of Music in two and a half minutes. The spectacular concert hall has been acclaimed around the world for its bold design, superb acoustics and extraordinary exceptionality. The “Elphi”, as the people of Hamburg affectionately call their landmark, is an 866 million euro total work of art by Herzog & de Meuron, which took ten years to build. When it opened in 2018, the modernist marvel on the banks of the Elbe was controversial, mainly because of the enormous costs, of which the city of Hamburg alone had to bear 789 million euros.

But five years later, the Hanseatic city would be unimaginable without the birthday boy – and with him, Herzog & de Meuron have given the city a new look.

Previous
Climb your way to Berchtesgaden

Next
The brothers who set out to research the German language