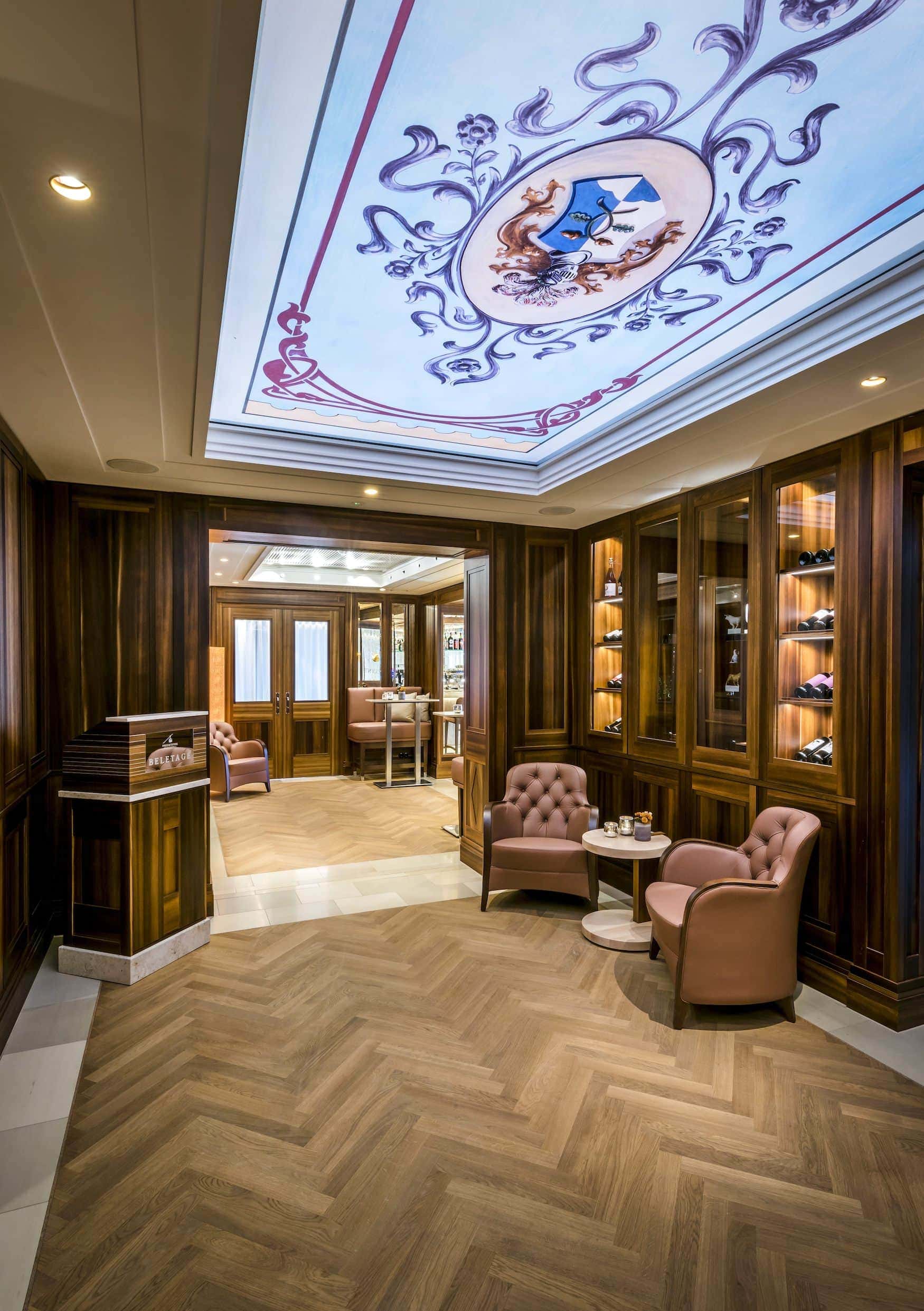 Whether romantic, art deco or modern, the Upper Bavarian Alpine town of Bad Reichenhall has a lot to offer in terms of architectural diversity from magnificent Gründerzeit villas, the royal spa park and the old saltworks industrial monument. funkyGERMANY takes you on an architectural tour to exciting stations and architecturally relevant buildings.

The tour starts with the Villa Rein, which has been owned by the family of the same name since 1938. First documented as the conversion of a farmhouse into an accommodation facility, the old building was demolished in 1898 and the current villa was built on the same site as a spa guesthouse with a corner oriel turret, risalit gables, a mansard roof and Art Nouveau balconies.

In 2019, the house was reopened as a listed boutique hotel and given the name, Villa Rein. Anyone who comes as a guest will not only enjoy the richly decorated Wilhelminian style staircase, the parquet floor, the built-in cupboards and the doors of the 14 hotel rooms, which are now combined with antiques and a no-frills, modern interior made of natural, high-quality materials.

The tour continues in the royal spa garden, which was laid out in 1868 by the Munich court gardener, Carl von Effner and is considered one of the most beautiful of its kind in Central Europe. Past the Gradierhaus from 1910, the largest alpine brine open-air inhalatorium in the world, you walk to the Königliches Kurhaus, which was built in 1899/1900 in the Neo-Renaissance and Neo-Baroque style and reveals the former monarchical-Bavarian spa scenery. The stately staircase to the foyer, decorated with stucco, marble, fine brass and magnificent chandeliers, bears witness to Bad Reichenhall’s sophisticated history, as does the concert rotunda from 1912.

The most monumental of them is still here today and its columns are the scene of music performances by the Bad Reichenhall Philharmonic, the ceiling medallions allegorically represent the remedies of the Alpine town.

A Colorful Mix of Styles

Several architectural styles are revealed in the traffic-calmed town center of Bad Reichenhall. It is worth taking a look at the classical Axelmannstein, which is currently being renovated and was once the Alpine town’s first spa hotel from the mid-19th century and is now the Wyndham Grand.

From there, you can walk on to the Kurmittelhaus der Moderne. The building was built in 1927 in the late Art Nouveau style for the central administration of therapies and still offers inhalations, baths and massages. Along the pedestrian zone, you’ll first pass Café Reber, whose historic façade and red canopy have remained unchanged since 1938. Biedermeier flair prevails inside. If you stop here, you should definitely treat yourself to one of the Mozartkugeln, for which the confectionery is so world-famous. Shopping enthusiasts can stroll a few doors down through the elegant Juhasz department store and if your feet can still carry you, you can make a worthwhile detour to the 12th-century hospital church of St. John. A Gothic gallery contrasts with the Romanesque apse of the small church and the interior was redesigned in Rococo.

Nothing plays a bigger role in the Alpine town than salt. Visitors will find impressive documentation in the Reichenhall Museum with the historic salt works and grain box. Incidentally, the origins of today’s building date back to the 14th century. In 1834 the medieval structure was destroyed by flames down to the walls. After the restoration in 1966, it was adapted for museum purposes.

Holidays in the Chiemsee-Alpenland Region in the South of Germany

Just a few minutes’ walk away, hobby historians will be happy about the beautiful industrial monument, Alte Saline, the place where Bad Reichenhall salt was manufactured until 1926 and commissioned by Ludwig I. The origins go back a long way, back to the Bronze Age. Today’s facility, directly at the brine springs at the foot of the Gruttenstein, dates from 1836 to 1851. The magnificent main well house contains the historical salt springs and the salt museum, the former brewhouse, including the stylish restaurant Salin – based on Roman, medieval and modern salt production.

Spared from the great city fire of 1834, the tranquil Florianiplatz is only a few steps away. In the late Middle Ages, the district was inhabited by citizens who worked in various areas of the salt works. During the 18th century it was mainly workers and day laborers who lived there. Some of the flanking, colorful houses with gabled and flat roofs date back to the 16th and 17th centuries and have folding shutters. They give an idea of ​​how large parts of Bad Reichenhall must have looked like in the past.

The last run takes a good 20 minutes, but it’s worth it! The historic Predigtstuhlbahn, with its twelve-sided pavilion cabins from 1928 is in itself a real architectural monument and also the oldest, being the original railway of its kind in the whole world. The actual goal at the time was to become the “German Davos”, which was rudimentarily successful. Based on the style of the famous Berlin Hotel Adlon, architect Wilhelm Kahrs designed the appropriate buildings at the mountain and valley stations. The short epoch of the “new objectivity” movement is considered to be the pioneer of Bauhaus and is reflected above all in the simply kept mountain restaurant with its large viewing terrace. The so-called Belétage was designed much more elaborately. In the basement of the former hotel, the “Evelynes” with its magnificent bar invites you into a noble art deco ambience.

Previous
A Pleasurable Triathlon Along The Moselle

Next
Sweating in luxury