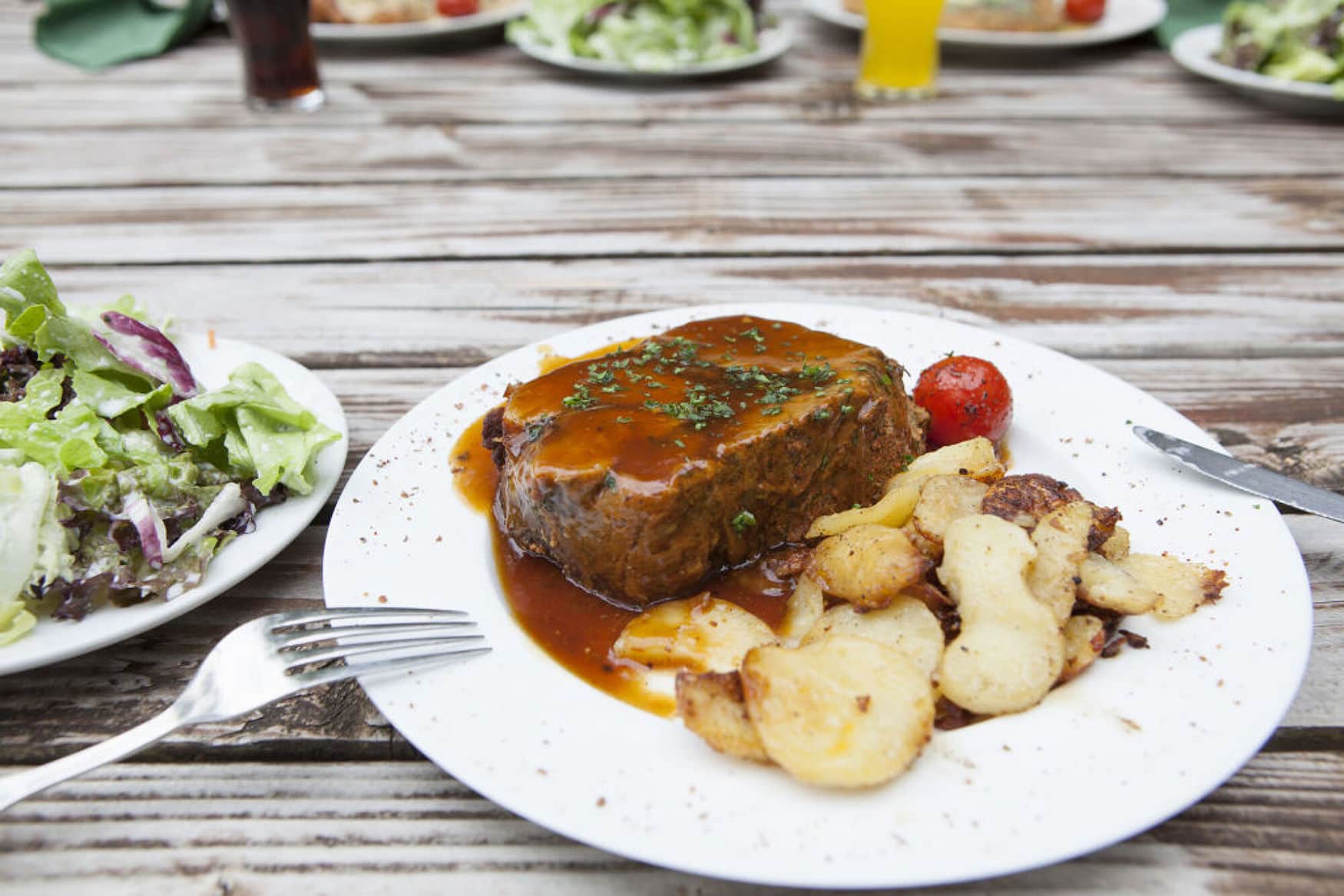 Grandma’s cookbook may be used again, because the old recipes are back in fashion. In Rhineland-Palatinate, these four regional specialties make not only locals’ mouths water. funky GERMANY whets your appetite.

The year is 1723, and the cultivation of the potato in Hunsrück is mentioned for the first time. The South American crop is prepared without much fuss: down-to-earth and tasty. Nevertheless, the Hunsrück cooks have a great variety of ideas for its preparation: fried, baked, steamed, swelled, mashed as stampes (puree), boiled to Grumbeersupp (potato soup), grated to Schales or Dibbelabbes or even sausaged to Grumbeereworschd (potato sausage). A particularly tasty specialty made from the “Grumbeer” or “Grumbier”, as the potato is called in Hunsrück, are the Hunsrück “Gefillte Klees”, which translates as stuffed dumplings. Giant dumplings filled with minced meat, liver sausage or mushrooms, bacon cream sauce and apple sauce. This typical dish is still served today – not only at home, but also in the inns and restaurants of the region – in the most diverse and, of course, vegetarian variations.

The National Dish of the Palatinate: Saumagen

The farmers from the Western Palatinate certainly did not dream of world fame about 300 years ago when they cut potatoes into pieces and stuffed them together with pieces of meat and spices into carefully cleaned pig stomachs to let everything cook together for hours over the fire. A handwritten recipe from 1865 is considered proof that the first Saumagen came from the Sickinger Höhe in the Western Palatinate. Traditionally, first-class potatoes grow there and form the basis for this culinary delicacy.

The former poor man’s food is now a specialty that has long since found its way into fine cuisine and is served up again and again in modern interpretations, sometimes as truffled suckling pig stomach, sometimes as Saumagen carpaccio. Whether in a Michelin-starred restaurant, a Palatinate hut or a wine tavern – Saumagen is and remains a tradition in the Palatinate.

The biggest fan of Pfälzer Saumagen was certainly former Chancellor Helmut Kohl, who elevated Saumagen to a cult meal at every banquet for presidents and fellow politicians from all over the world. Hungry now? Then head to Landau, where the International Saumagen Competition is held regularly.

The spit roast belongs to Idar-Oberstein on the Nahe like the Printen to Aachen, the gingerbread to Nuremberg and the marzipan to Lübeck. The cult dish Spießbraten found its way to Idar-Oberstein with Karl Becker. Becker was a son of the town who left his home for Brazil to find agates for his father’s gemstone trade. When he returned to his old home, he not only had the gems in his luggage, but also the recipe for churrasco, a beef dish of the gauchos that is prepared on a spit over an open fire.

This way of preparing meat was very popular in Idar-Oberstein, so much so that the town still celebrates a spit-roast festival – incidentally the largest folk festival on the Nahe – for five days every summer. And even though some recipe changes have been adopted over time, the meat is still cooked over beech wood and the pieces have to be decent sized!

The favorite dish of the Eifel people: Döppekooche

Once upon a time, the Döppekooche came to the table as a tasty substitute for the little people who could not afford a goose dinner on St. Martin’s Day. Since then, the traditional pot pie has been offered in many restaurants and local kitchens as a traditional Eifel potato dish all year round. Döppekooche is made from grated potatoes, under which bacon, grated onions, eggs, salt and nutmeg are mixed.

But there are also new variations – for example with vegetables, rabbit, dips and spicy sauces. However, for those who prefer it sweet, cinnamon, apples and raisins are added to the potatoes. How does the Döppekooche get its beautiful brown crust? The secret lies in the preparation in the cast-iron pot, which also gave the dish its name: Döppe means pot. Enjoy it!

Previous
Hiking, Skiing and Co: Tips for Winter in the Black Forest

Next
A woof vacation