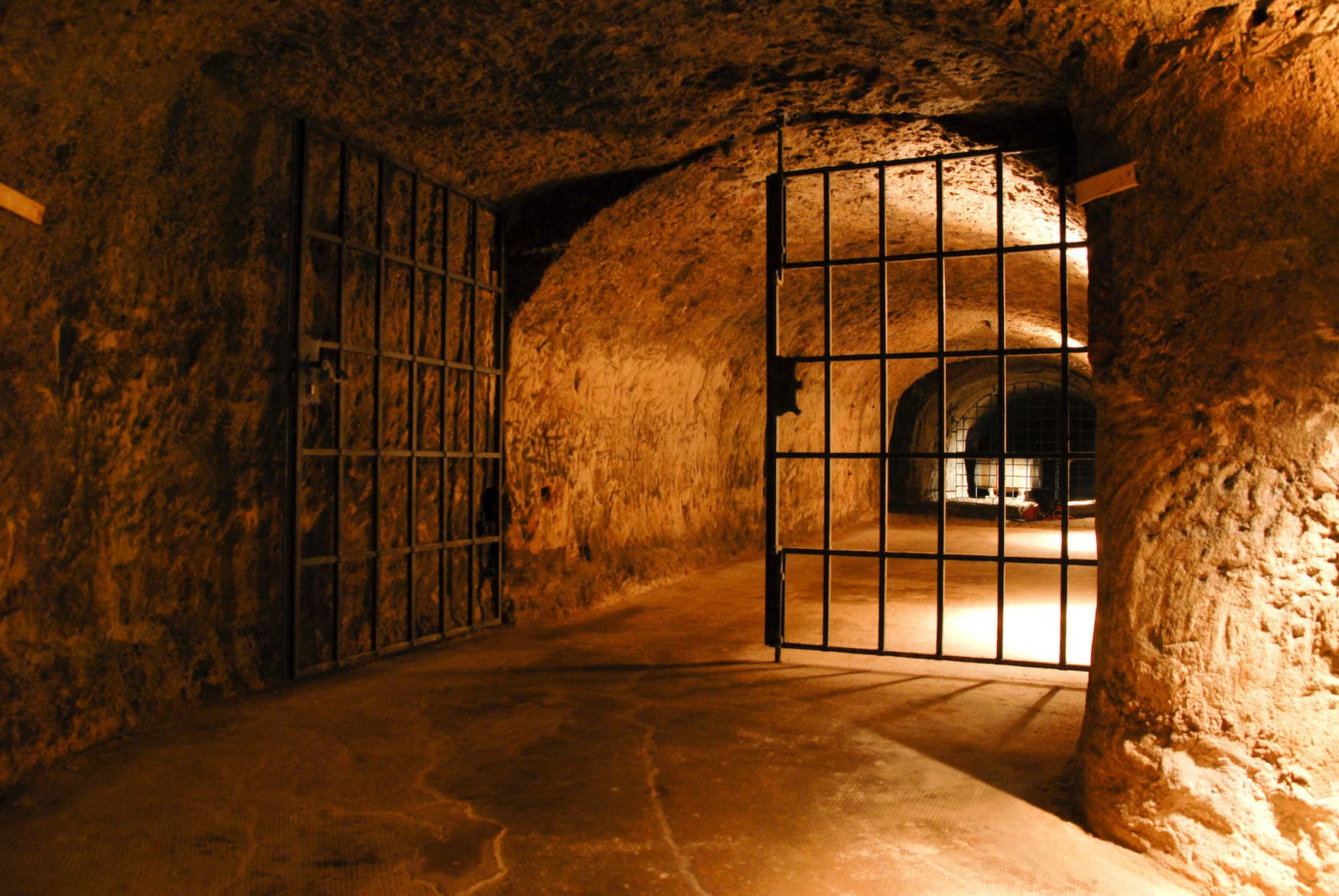 An enormous labyrinth of stone tunnels and cellars stretches below the city of Nuremberg; an underground complex that was once used to cool beer.

Nuremberg is a modern metropolis with a charming historical centre and a lively sense of tradition. The Kaiserburg fortress, the Christmas market or the medieval flair of the Handwerkerhof quarter are all well-known reasons to visit the city. The local Nürnberger sausages and gingerbread are a further two. But the city also deals with the darker chapter of its role in German history at the Documentation Center Nazi Party Rally Grounds, which informs and educates visitors with an insightful and sensitive approach.

Under the surface of Nuremberg lies an attraction that is not as well-known; the underground tunnels. This labyrinth of corridors cut from the natural stone on which the city lies, stretches over an area of 25,000m², mainly under the northern section of the old town. The complex was first officially documented in 1380, when the purpose of the tunnels was also specifically mentioned; the storage of beer.

In the 14th century, every citizen who brewed beer commercially in Nuremberg was legally obliged to construct such a cellar, to ensure the correct storage temperature for their beer, of eight to 12 degrees Celsius. And there were quite a number of breweries at the time. During the medieval period, the population of Nuremberg was able to choose from the wares of 42 different brewers.

To give us an idea of the importance of beer during this period of Nuremberg’s history, our town guide, Richard Selke, mentions an old city law that is technically still valid today. It requires pregnant women to drink at least four litres of beer a day! Children get away with drinking a paltry one litre every 24 hours.

It’s perhaps useful to know, however, that during the Middle Ages, most kinds of beer had less that two percent alcohol. Because water was often of dubious quality, beer was considered a healthier drink. Nevertheless, the anecdote goes a long way to explaining why beer still enjoys such special significance through the whole region of Franconia.

Go underground for a beer? Sure!

Anyone who decides to visit the underground tunnels is bound to come into contact with beer at some point. Indeed, the entrance to this underworld (with depths of up to 24 meters below ground), is situated right next to the Stadtbrauerei Altstadthof brewery, where the city’s characteristic Rotbier or red beer is produced. A tour of the complex takes around an hour. The tour also explains some of the other purposes the tunnels were used for during their long history.

Direct on the city fortress, for example, the cellars were turned into casemates; fortified gun emplacements. Later, they were used as drainage tunnels. During the Second World War, they were used as bomb shelters during air raids. Up to 40,000 people were able to take refuge in the catacombs. Today, the older residents of Nuremberg say that while their city was badly damaged during the war, its thanks to their ancestors’ thirst for beer that the civil population suffered fewer deaths than in other similar cities.

During the war years, parts of the complex were also used to store artworks. And this cultural element of Nuremberg’s underground history continues into the present. In the fourth level of the tunnels (known as the 4. Sohle), events, performances, concerts and readings regularly take place. The current programme can be found here https://www.historische-felsengaenge.de/en/experience-events.

With the beginning of electric refrigeration from around 1912 onwards, the underground labyrinth lost its purpose as a beer cellar. But today, some of the city’s breweries are starting to rediscover the tradition. The Brauerei Altstadthof brewery is one of them, and it’s in Brauerei Altstadthof’s tap room where our tour ends. Their Rotbier is, in the opinion of this writer at least, among the very best brews in the country.