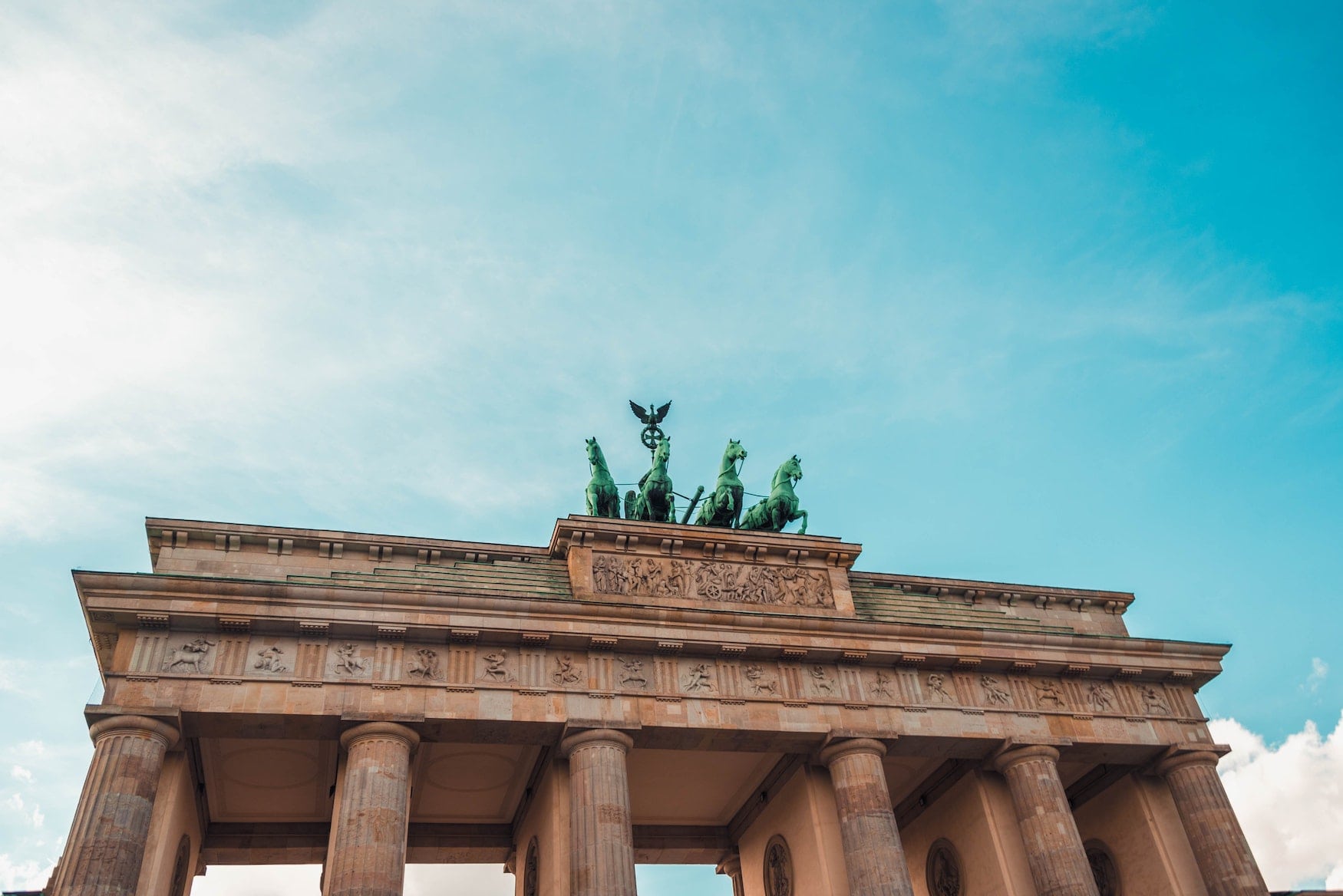 Cologne Cathedral, the Brandenburg Gate or Neuschwanstein Castle? Which famous landmarks do visitors to Germany love the most? Here are the most popular landmarks to see while you’re here.

Queen Elizabeth II, former U.S. President George W. Bush, musician Jon Bon Jovi and soccer legend Pelé – they’ve all been here. The Reichstag building in Berlin is one of the most popular landmarks in Germany. So why not take a look behind the scenes of Germany’s national parliament? The dome and roof terrace can be visited free of charge, but you’ll have to register online in advance. The icing on the cake is the magnificent view from the building’s iconic glass cupola – an amazing panorama of the German capital.

Not far from the Reichstag building lies another famous German landmark. Thousands of visitors rush to Pariser Platz every day to see this symbol of German reunification – the Brandenburg Gate. It’s a real must, and practically every city trip to Berlin includes it. Especially on New Year’s Eve, when the Brandenburg Gate becomes the hotspot for revellers celebrating the New Year.

And the third place goes… to Berlin again! Namely to the imposing and moving Holocaust Memorial. The 2,711 concrete stelae, placed in the historic centre of the city by architect, Peter Eisenmann, cover an area of almost 20,000m². This place is popular with tourists for photos, but the motives for the memorial are of deep historical and cultural importance to modern Germany. The memorial commemorates all Jews who were murdered during the time of Germany’s Nazi dictatorship. With its abstract form, the memorial is designed to inspire reflection and remembrance.

This is Germany’s best-loved cathedral and is top of the list for many foreign visitors. About six million tourists a year visit Cologne Cathedral, with its impressive architecture and stained glass. The cathedral tour is a highlight. 533 steps must be climbed to reach the top of the towers. But it’s worth it! From here you‘ll have an awesome view over the city. Located immediately adjacent to Cologne‘s main train station, the city centre and the Rhine, Cologne Cathedral is very easy to find.

Whether shopaholics, culture vultures or gastronauts, there is something for everyone on the Marienplatz square in Munich. So it’s not surprising that many tourists enjoy spending time here. Right in the centre of the plaza is the “Mariensäule“, a decorative column dedicated to St. Mary, the patron saint of Bavaria. In the surrounding restaurants, visitors can enjoy a “Mass“ (a litre glass) of beer, some Weisswurst (traditional white sausages) and a freshly baked pretzel, while entering into the spirit of the Bavarian way of life.

The facades of the two town hall buildings and the chimes of the “Glockenspiel“ carillon make for a charming atmosphere. The square is frequently the location for festivals, sporting celebrations, CSD parades and, last but not least, the Christmas market, all of which attract both locals and visitors alike.

The next attraction is also located in Berlin; an original piece of the Berlin Wall, placed in the heart of the inner city’s northern district, right on the former border between East and West. Since the fall of the wall in 1989, this spot has been a popular tourist destination. Here, visitors can immerse themselves in the history of German reunification at the Berlin Wall Documentation Center and its Visitor Center. The Chapel of Reconciliation and the Window of Remembrance are dedicated to all those who died trying to escape from the former German Democratic Republic – a reminder of a grey chapter of the past. For all those interested in recent history, this place is certainly worth a detour.

Probably no other landmark in Germany is the subject of so many myths as the Loreley in the Middle Rhine Valley. The 132-meter-tall rock, perched high on a cliff overlooking the Rhine, attracts countless tourists every year. The best way to get a really good view is to take a boat trip. Or visit one of the numerous vantage points around the Loreley. Make sure to have your cell phone or camera at the ready. And if you’re already there, take time to explore some of the romantic villages along the Rhine.

This incredible building was designed to remind visitors of a knight’s castle from the Middle Ages. Surrounded by green meadows and the Alps, Neuschwanstein Castle, with its white walls and grey rooftops, looks just like something from a fairy tale. No wonder it has often been used as a film set. Which is something that King Ludwig II, for whom the castle was built, would probably have approved of, as fond of theatre and performance as he was. Directors love it and tourists love the landmark in Germany too; as proven by the hundreds of thousands who visit this dreamlike castle near Füssen in Bavaria, every year.

Next
The Beasts are Back!