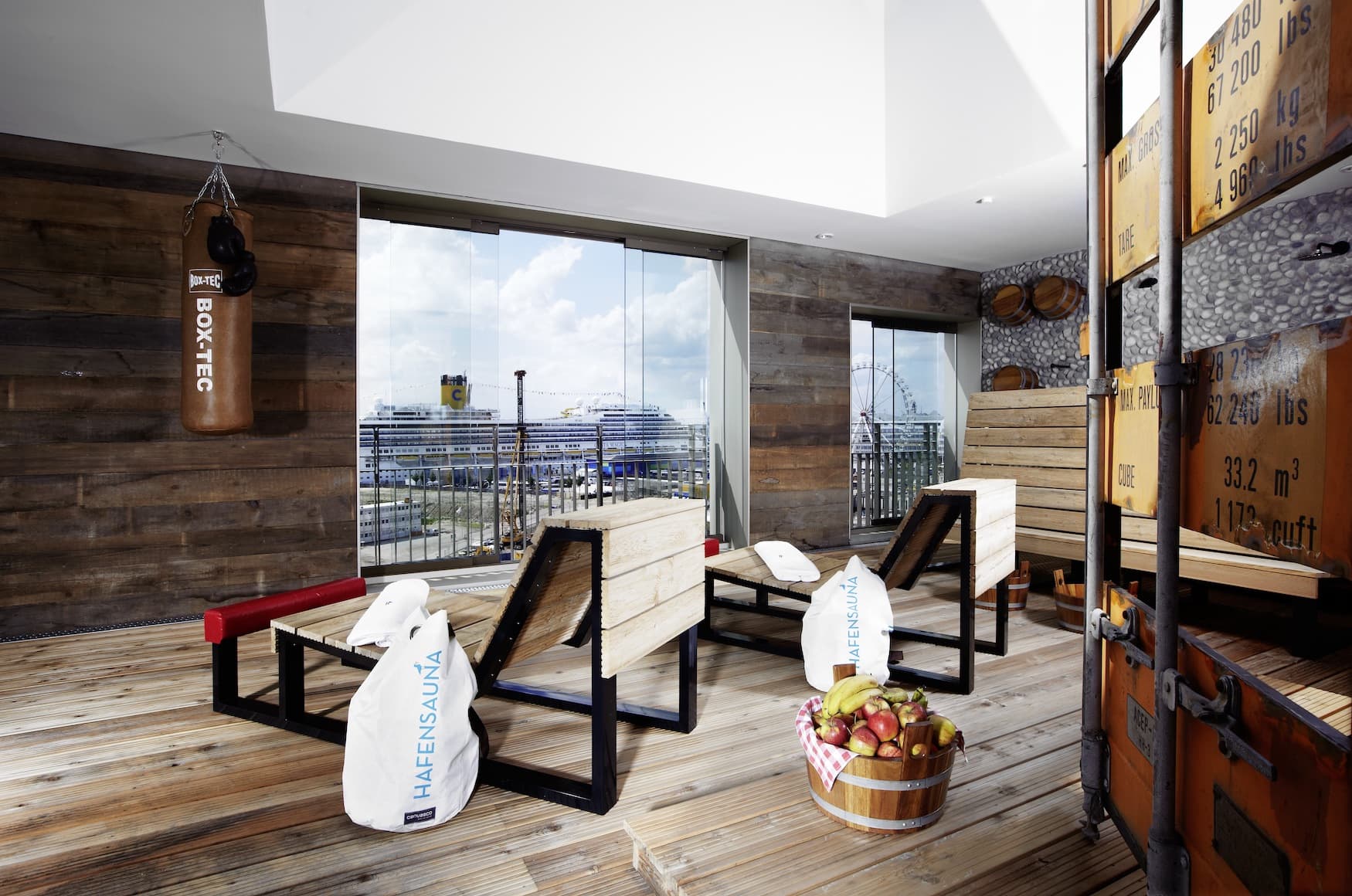 It’s a cliché that is widely loved. The sailor, the tattoos, the anchor, the ample-bosomed women. A girl in every port. At least that’s what the wallpaper screams at me as I enter my room in Hamburg’s 25hours Hotel in HafenCity.

It’s all about the location here. Or is it all about design? Either way, the thoroughly styled 25hours Hotel replicates the romance of Hamburg’s harbour district from top to bottom. After all, it is located at the heart of HafenCity; Hamburg’s newest district, which includes not only the Elbphilharmonie, but now also the Speicherstadt quarter.

It’s an exciting urban planning project. The site on which HafenCity now spreads out was once known as Grasbrook Island, and was the city’s free port. Until the beginning of the 19th century, it was actually located outside the city limits of Hamburg. Today, however, the city has expanded, and the area is just a few minutes’ walk from the city centre and just a few steps to the cruise ships anchored at the city’s new cruise terminal.

At home with Captain Future

From the 25hours, guests have a fantastic view of the ocean liners, normally bustling with thousands of passengers, which makes the hotel with its 170 rooms seem almost quiet. Actually, instead of quiet, perhaps respectable is a better word, because the hotel, which opened in 2011, has been thoughtfully designed, through and through.

Every detail is dedicated to the harbour theme. Old containers have been incorporated into the architecture of the lobby – a reminder of the old shipping container yard that was once practically on the doorstep. Ropes and rigging can be found throughout the hotel. Globes and maps invite guests to discover the seven seas. The dresser is an old seaman’s chest, there are log books with true stories, and the walls of the rooms look like the backs of sailors from the last century – dotted with tattoos that illustrate a story of wanderlust and homesickness.

Guests don’t sleep in suites or rooms, but in cabins. And they have bunks instead of beds. Younger guests love that. As well as the colouring pencils waiting for them in the room.

Please Bring Your Children and Dogs!

Kids can race through the lobby on a scooter or dig in the sandpit behind the hotel. There is an adventure playground practically in front of the door. Dogs are also made to feel welcome at this design hotel, and are greeted with their own sleeping pillow. Guests who enjoy a jog around the block in the morning can not only have the friendly hotel staff suggest a route, they’ll also be able to grab a glass of water and an apple to revive themselves when they get back.

That brings us to breakfast, which is varied and sometimes, especially on weekends, so popular that it can get crowded. The hotel’s Heimat restaurant is a popular gastronomic concept in the city, even with non-hotel guests. We recommend bringing just a little patience with you. The traditional „Sandkuchen“ cake is worth the wait.

On Friday evenings, local musicians perform in the lobby, often sharing old sea shanties or hymns of discovery of the great wide world. And that seems fitting, because no matter where a guest has arrived from, once they have stayed at the 25hours, it’s the only port in Hamburg they’ll ever want to seek out again.

Next
Discover Lost Places in Berlin