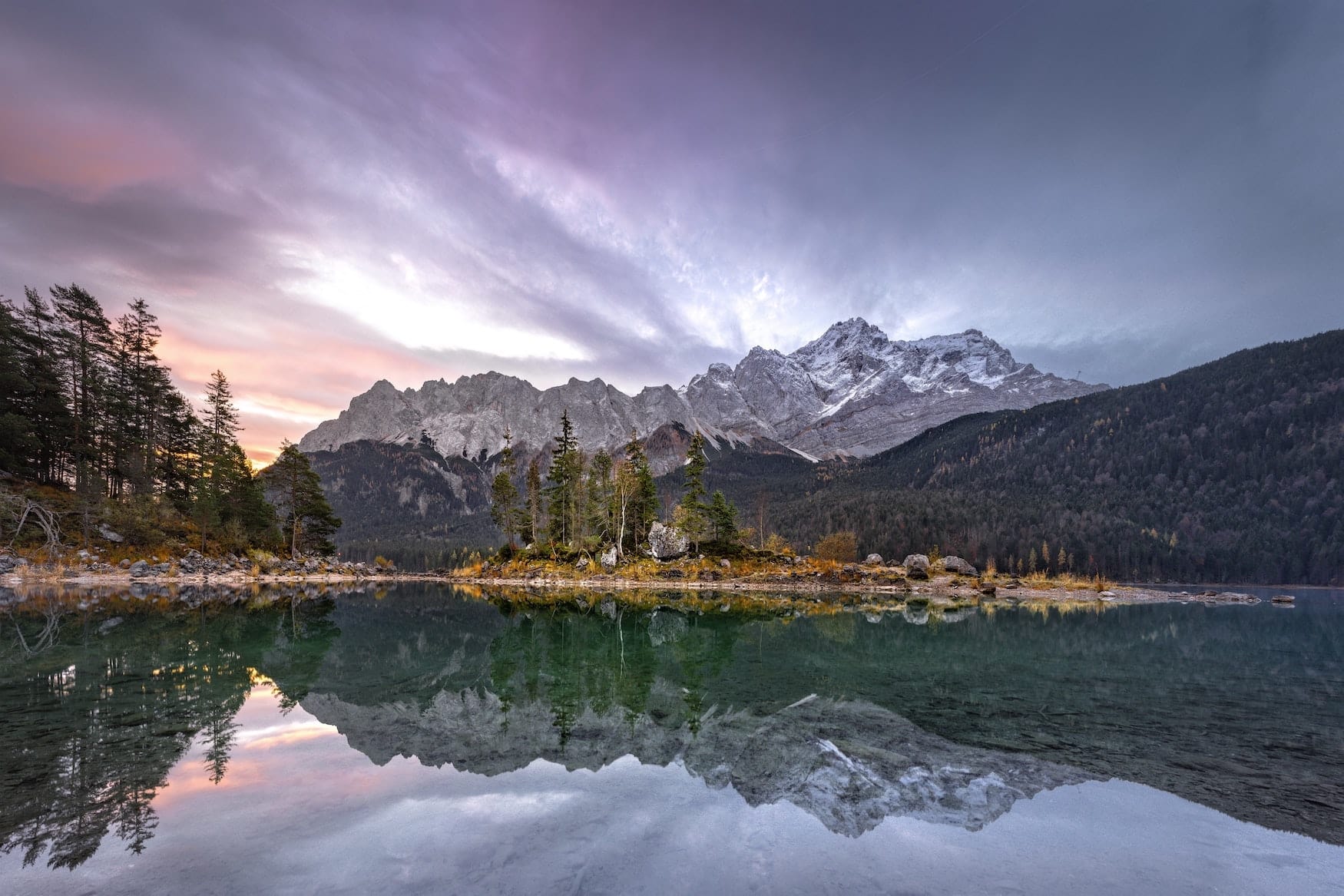 Planning to go to Japan for the cherry blossom season or stargazing in the desert? There’s no need to travel that far – you can experience these spectacular adventures in Germany, too.

In Japan the cherry blossom attracts many admirers every year. If you travel to Germany, you can also go to the former capital Bonn. Every year from mid-April the Heerstraße attracts visitors with its bright pink flowers. At this time of year, the street with the most flowers in Germany is a popular destination for photo shoots. But hurry up, because the cherry blossoms are only there for about two weeks.

This place looks just like Canada! The Eibsee is an incredibly beautiful lake at the foot of the Zugspitze and is one of the most beautiful lakes in Germany. It originated in a depression where the Isar Loisach Glacier once was, and which gradually filled with water. In addition, the western flank of the Zugspitze mountain broke off about 4,000 years ago, giving the Eibsee its shape and eight islands. It got its name from the many yews that used to grow around the lake.

Lake Eibsee is located at an altitude of 1.000 metres, while its deepest point is over 32 metres. It is also divided into the larger Weitsee and the much smaller Untersee, which together cover an area of 175 hectares. But all these facts cannot explain just how beautiful this lake is! Its colour makes it incredibly special: The water is not only crystal clear, but shimmers green, blue or even turquoise depending on the incidence of light – just like in Canada.

You don’t need to travel to sparsely populated Australia or to African national parks to marvel at the deep black night sky with its many constellations. The Sternenpark Westhavelland is a beautiful nature park perfect for stargazers and hobby astronomers. The park is a specially designated area with a largely natural night landscape. Stars and constellations such as the Great Bear or the Water Snake are particularly easy to spot.

Mallorca is not the only place where you can find the pink almond blossom. You can also experience it in the Palatinate. The Palatinate Almond Trail stretches for about 77 kilometres through the wine region from Bad Dürkheim to Schweigen-Rechtenbach. En route, travellers are enchanted by the pink flowers that bloom until the end of April. When visiting the Palatinate wine-growing region, it is also worth making a little detour to visit the romantic villages along the route and try some of that famous wine.

The leaves of the deciduous and mixed forests on the east coast of the USA shine in bright red and yellow in autumn. The so-called Indian Summer attracts many travellers every year. Much faster to reach and just as beautiful is a trip to the Elbe Sandstone Mountains in the Saxon Switzerland National Park. In autumn, the brightly coloured leaves of oaks and beeches give the park a beautiful variety of colours. With its bizarre rock formations, gorges and table mountains, the mountains are also a popular destination for hikers.

Nobody knows exactly how the flamingos came to Münsterland. The exotic birds may have come from zoos or from private owners and somehow managed to escape into the wild. The animals of the European species could also have flown on their own from southern Spain or southern France to central Europe. Although the flamingos are not native to this area, they feel just as comfortable in the Münsterland as their fellow flamingos on the Caribbean island of Aruba. Fortunately, these exotic birds do not pose a threat to native species. Their existence in the waters of the Zwillbrocker Venns does not damage their habitat.

If you think geysers only exist in Iceland, you’re wrong. In fact, the highest cold water geyser on earth is not located in Iceland but in the German state of Rhineland-Palatinate. Driven by volcanic carbon dioxide, a fountain shoots up into the sky about 50 to 60 meters high roughly every two hours. Holidaymakers can admire the spectacle for a whole eight minutes. At the Geyser Information Centre visitors can discover the secret of this rare natural phenomenon by exploring the interactive exhibits.

Next
Hamburg’s Sweethearts – Shops to love