The Michelin star constellation over Germany 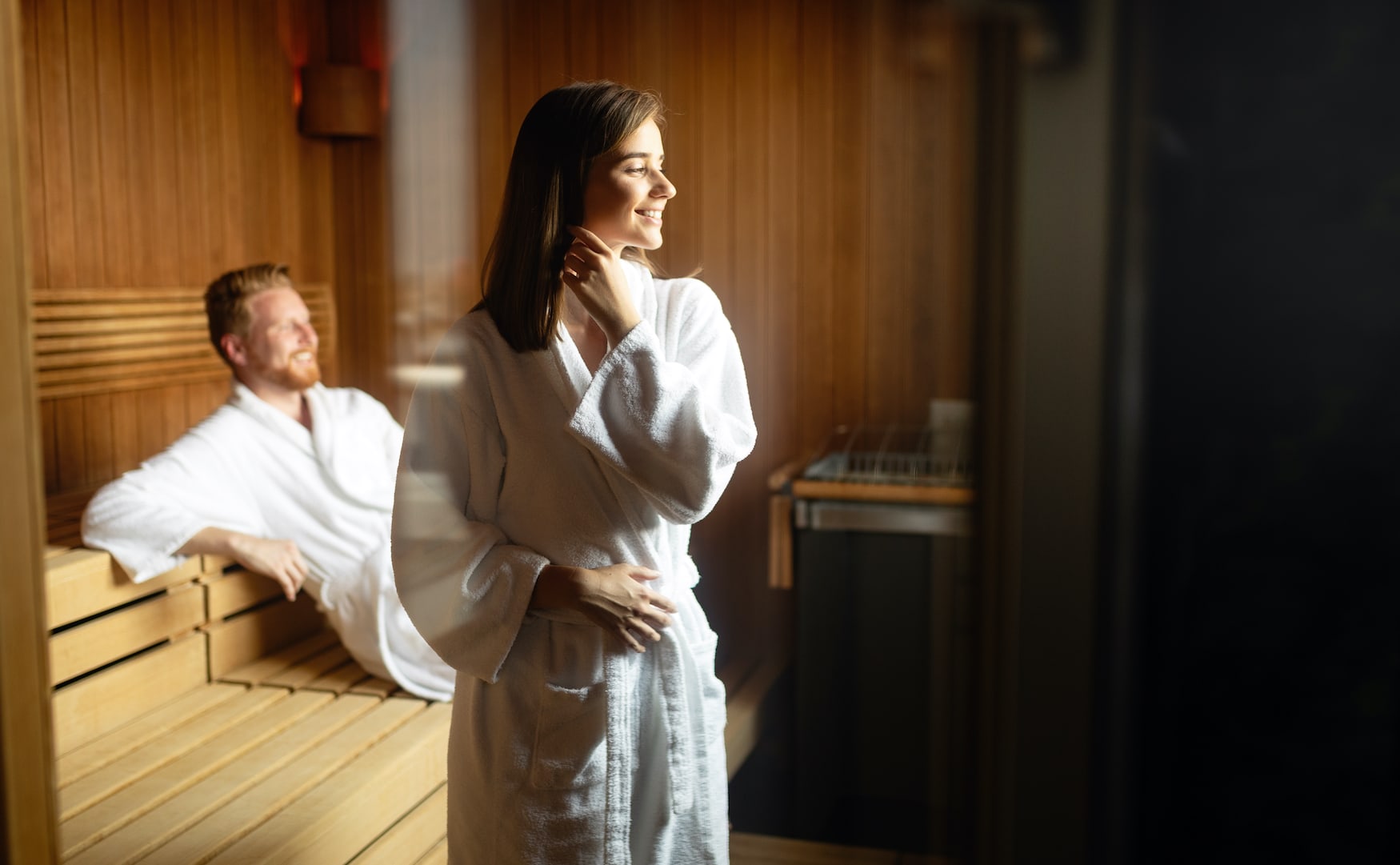 The autumn is here and winter is knocking on the door. It’s time to boost your immune system, detox and rejuvenate with a relaxing trip to the local sauna. Will you have to get naked? Yes. Won’t that be weird? Probably. But only for the first ten minutes. Let funkyGERMANY guide you through the cultural minefield of sauna in Germany.

(Most public saunas in Germany are temporarily closed due to the corona lockdown. Check out the websites of local saunas for details.)

Generally considered a central part of Scandinavian culture, sauna is also very popular in Germany. According to the German Sauna Association (Deutscher Sauna Bund), some 2,100 public saunas are scattered around the country, visited by around 16 million regular guests each year. A further 1.7 million households have a private sauna at home.

So while Finland is certainly the historical home of sauna, and has the most saunas per capita, in terms of sheer numbers of naked butts on seats, Germany is number one. After all, why did Angela Merkel miss the fall of the Berlin Wall? Because she was in the sauna with friends at the time.

The sauna is also one of the last opportunities for travellers to Germany to experience a real culture shock. While many visitors quickly become used to the sight of grown men in lederhosen or the libertine delights of Berlin’s club scene, the unknown (and often misunderstood) aura of the sauna can be a truly foreign thing. As a British friend once put it:

You mean sit naked in a hot shed with strangers?

If, however, you are brave enough to take the cultural plunge, here are some steps to make sure your first German sauna experience isn’t your last.

For the sauna you will need at least two towels, shower gel/shampoo, a bathrobe and some flipflops. One towel is to sit on in the sauna – so make sure it’s big enough – and the other one is to dry yourself off after you’ve showered. Which brings us on to the next step.

One of the many health benefits of the sauna is the deep, detoxing clean it gives your body. But let’s keep it nice for everyone else, please. Take a good shower with plenty of soap and shampoo before entering the sauna. And if you’ve eaten a garlic sandwich for lunch, it’s perhaps best to leave the sauna for another day.

Rule 3: The moment of truth

Ok. You’ve had your shower, you’re dried off and are now standing in your bathrobe and flipflops in front of the sauna door. Are you ready? Really? Now is not the time to lose your nerve. Kick off your flipflops, take off your robe and get into the sauna. Quickly. And close the door behind you. DO NOT open the door any longer than is absolutely necessary; you will incur the wrath of the locals for letting the heat out. DO NOT be tempted to leave your Speedos/bikini on; sweaty swimming costumes are a breeding ground for germs. We are not in France.

And DO NOT forget to take your towel with you. Only a barbarian would sit bare-bottomed on the wooden benches. If the thought of being naked is still filling you with horror, take another towel to wrap around you. Or just get over it like the well-adjusted adult you aspire to be.

Once your eyes have adjusted to the dim light of the sauna, you’ll have to make another key decision; where to sit. The lower down you are, the less fierce the heat. If this is your first time, sit as far down as possible. And be quiet. There’s a Finnish expression, that you should behave in the sauna like you behave in church. Which is a good rule, unless you happen to sing in a Gospel choir. Now is the time for silent meditation, not small talk. Make sure every part of your body is on your towel, including your feet, and let the heat do its work.

Rule 5: The Aufguss: A turbo drive

There is no adequate English word for “Aufguss”. Sometimes it’s translated as “infusion”, which makes me think of herbal tea. The Aufguss the almost ceremonial part of the sauna experience when the sauna attendant (the Saunameister), or sometimes another guest, pours water onto the hot rocks of the oven to create steam. S/he will then use a towel to artfully fan the steam around the sauna. The increase in humidity makes it feel hotter, like a turbo.

And it’s the part many regular sauna-goers look forward to most. So, as a novice, time your stay in the sauna correspondingly. Try out the Aufguss by all means, and if it’s too hot, just leave. But be aware that by opening the sauna door, you break the meditative process of the Aufguss. And if you do that too often, you will not be friends with the locals.

Your first session inside the sauna should last anywhere between seven to 12 minutes. That’s very much a personal thing. You do you, and ignore the scarlet-skinned regulars occupying the top bench for hours at a time. They too must obey the Golden Rule of Sauna: Get out before you pass out. So when you’ve had enough, leave the sauna and get yourself back down to room temperature. Firstly, in the fresh air, and then in cold water and then more fresh air. Put your bath robe back on, take a seat and enjoy the unique sensation of tingly skin, euphoria and comforting fatigue. Breathe in, breathe out and regenerate for the next round.

So, how was it? Just like netball or licorice, the sauna is a matter of personal taste. Some people like it, some people don’t. But for many it’s a ritual that offers deep relaxation, detoxing the mind, body and spirit. So give it a go. Sixteen million Germans can’t be wrong.

Previous
A storeowner and his vision: Cologne’s virtual shopping street

Next
“Moin Moin” from the Lighthouse