From Hamburg: Off to the green countryside

Small and funky: the Cab20 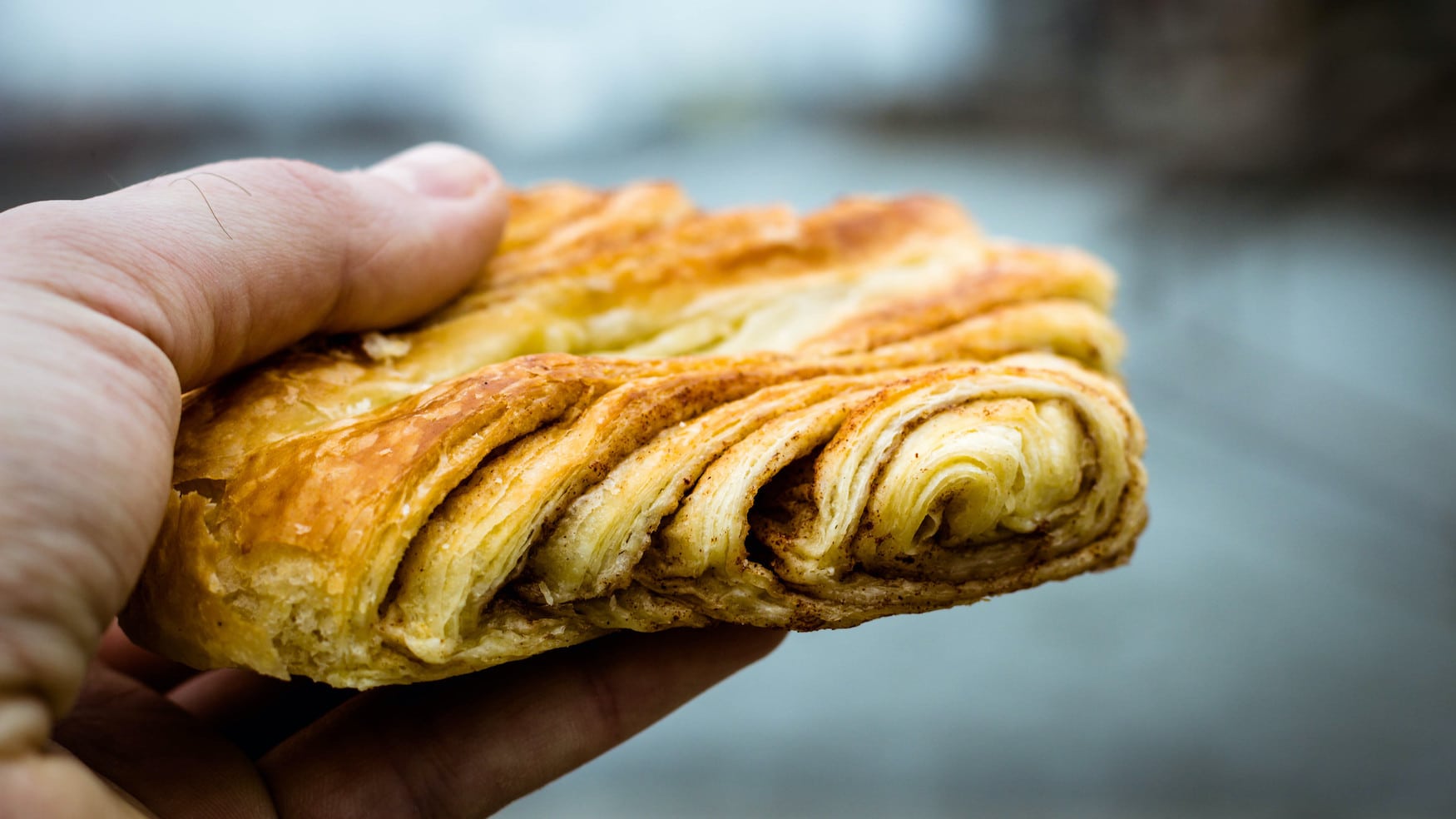 Franzbrötchen – A Cinnamon Roll with a Hamburg Accent

People from Hamburg love Labskaus, drink Alsterwasser and take the day off work when their second-league football club scores a goal. They have a weakness for Astra pils on the Reeperbahn at half-past-two in the morning. And they’re all turn into salty-haired sailors, as soon as they see the ships in the city’s harbour.

A little too stereotypical? Of course. Firstly, some Hamburgers would rather go thirsty than drink Astra. And secondly, not everyone from Hamburg loves Labskaus. A pulverised, pinkish slurry of corned beef, potatoes and beetroot, it’s delightfully earthy flavours are normally accompanied by some form of pickled or cured herring. As you might imagine, it’s a dish that polarises opinion. Much like soccer actually.

Did you hear the joke about the St. Pauli fan and the HSV Hamburg fan who met in a bar? No? That’s because there isn’t one. Those two would never drink in the same bar.

But if there is one thing that practically everyone in Hamburg can agree on, it’s a common fondness for Franzbrötchen, one of the city’s sweetest, most delectable inventions. For any Hamburg native, there’s no better start to the day than a fresh Franzbrötchen warm from the bakery.

But where did this sticky little delight get its name?

Theories and legends surround the birth of the pastry. There is the story of Napoleon, who never actually visited Hamburg, but whose troops marched into the city on the Elbe on 19th November 1806, carrying with them long, white loaves of bread. The locals called it Franzbrot or french bread.

A Hamburg baker simply added butter and cinnamon to the French bread, fried the whole thing in a pan and thus invented the Franzbrötchen. Possibly.

Another version of the legend says that the French bakery in Altona, which used to belong to Denmark, was inspired by Scandinavian cinnamon rolls. It’s also a reasonable theory.

But apart from cookery historians, who really cares whether it was the French or the Scandinavians who inspired Hamburg’s most famous confection? The Franzbrötchen is part of Hamburg and a little bit of Hamburg is in every Franzbrötchen.

And just like the citizens of Germany’s most beautiful city (which also happens to be my hometown), the Franzbrötchen comes in many different variations – with raisins, pumpkin seeds, chocolate, disguised as a healthy snack with wholemeal or with pieces of apple.

But who has the best Franzbrötchen in town?

Every Hamburg resident has a Franzbrötchen dealer he can trust. Mine is Café Stenzel in the Schanzenviertel quarter.

Every two years or so, the people of Hamburg vote on which bakery offers the tastiest Franzbrötchen. If you’re curious to know when the next competition will be held, check out the website http://franzbroetchen.de and maybe try out some of the city’s best yourself? Just don’t call it a croissant.

Put the flour in a bowl, make a hollow in the middle and crumble the yeast into it. Sprinkle a little of the sugar over it and pour in the milk to dissolve the yeast. Place the softened butter, remaining sugar, salt and lemon zest into the flour, around the edge of the bowl. Knead all the ingredients from the middle with your hands or use a dough hook to form a smooth dough. Cover and leave to rise in a warm place until it has doubled in volume, about 30-40 minutes.

Starting from the narrow side, fold 1/3 of the dough sheet to the middle and fold the last third over it so that three layers of dough are created. Chill for 15 minutes.

Roll out the dough on a floured surface to a size of 80 x 40 cm. Brush with water. Mix cinnamon and sugar and sprinkle evenly on the dough. Roll up the dough sheet from the long side to a 6 cm wide flattened roll. The seam should be at the bottom. Cut the dough roll into 4 cm wide pieces. Firmly press each piece in the middle, with the handle of a wooden spoon, parallel to the cut sides. Place on two buttered baking trays at least 4 cm apart and cover.

Leave the first tray of Franzbrötchen to rise in a warm place for 15-20 minutes. Put the second tray in a cool place to prevent the dough from rising too quickly. Bake for 25 minutes in a preheated oven on the middle shelf at 200°C.

Next
Escape to the country