The brothers who set out to research the German language 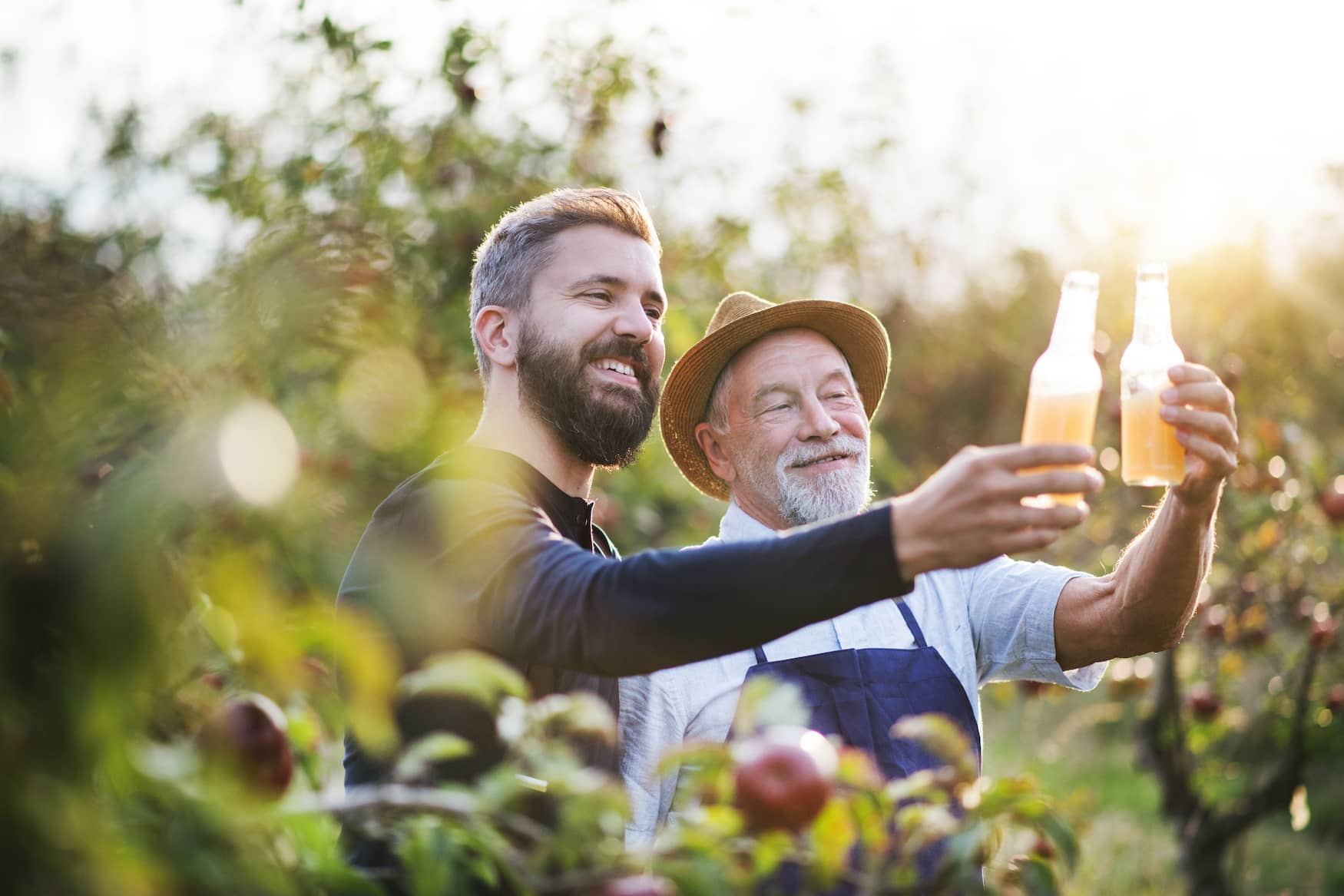 Culinary discovery of Hesse and its Recipe for Happiness

From young wine and fresh cider in traditional taverns, to festivals for game and pumpkins, the region of Hesse celebrates the beginning of its tranquil autumn season with a variety of culinary highlights. Want to try some potatoes?

“The autumn tastes fuller, more intense, more powerful and a little more bitter. It’s the culinary and optical highlight of the year”, enthuses Barbara Bär, who, together with her daughter, runs the restaurant “Zum Grünen Baum” in Michelstadt.

Her gastronomic star of the season?

The humble potato! To celebrate this versatile tuber the Bär family take part in the Odenwälder Kartoffelwoche. That is a week-long culinary festival which takes place in Hesse every year at the end of September, running into the beginning of October. This year, until 6th October. Locals and visitors alike will find the menus of the participating restaurants filled with potatoey delights. Some old-school, some creative and new dishes. In 2020, some 20 restaurants will take part in the festival.

For the Bär family at Zum Grünen Baum, this means preparing a special selection of potato dishes. Speaking potato soup or potato sponge cake, to a potato and nut tart, blending tradition with innovation.

We’re very proud that we cook in a traditional, down-to-earth way

says Erika Bär, knowingly. Nothing on the menu beats the potato soup for popularity.

But creativity is also key in culinary Hesse

“The potato festival weeks are just great when it comes to really getting to grips with the product”, comments Erika. Her mother, Barbara, is surprised that they keep on coming up with new ideas after so many years. But she’s learned something over time: “The more simply and originally the product is prepared, the better it will be, and the more impressive the taste experience will be”.

This duo of mother and daughter represent the 13th and 14th generations of their family to run this historical restaurant in Hesse’s Odenwald region. It’s important for both of them to create dishes that are seasonal. In autumn, ingredients like nuts, pears, apples, plums and pumpkins are on the menu. Much of which comes from their own garden. Even though the area they grow on is small, it’s the diversity which makes the difference.

The sea buckthorn trees, for example, with their bright orange berries and sour yet ripe flavour. There are only two in the garden and yet their harvest was so plentiful this year that the restaurant is now serving sea buckthorn butter with its fish.

“It’s important for us to use everything we can from the garden”, is Barbara Bär’s opinion. Her respect for seasonal, local produce is clear. Whether in the preparation of modest vegetables, like carrots and onions, or the game that she shoots herself in her own hunting grounds each week.

It’s the same for the potato

Finally, during the Odenwälder Kartoffelwoche events, this much maligned vegetable is given the celebrity it deserves. For Erika Bär, the festivals are also an opportunity for friendly rivalry and a little light competition. The “togetherness“ of the festival generates inspiration and co-operation, which strengthens the region as a whole. And the guests? They can simply enjoy this wonderful time of harvest.

Overall, autumn is probably one of best times of the year for gourmets and gourmands to visit Hesse, and to discover and savour the region’s specialities. The harvest is celebrated everywhere. Whether it’s with a glass of sweet, young wine on the banks of the Rhine, or with fresh Äppler cider and Handkäs (a unique local kind of sour milk cheese) in the rolling hills of Taunus. Not to forget the bounty of Hesse’s forests, highlighted at events like the Wilde Wochen festivals in Habichtswald, where traditional boar hunts provide succulent game for the table.

For restauranteur Barbara Bär, this is home. And for Barbara, the potato is king.

Apart from anything else, potatoes really fill you up. They fill you up and they make you happy!

Next
Healthy Pleasures in Hotel “Graseck” in Bavaria