Sankt Wendel County: Diverse and ever so eventful 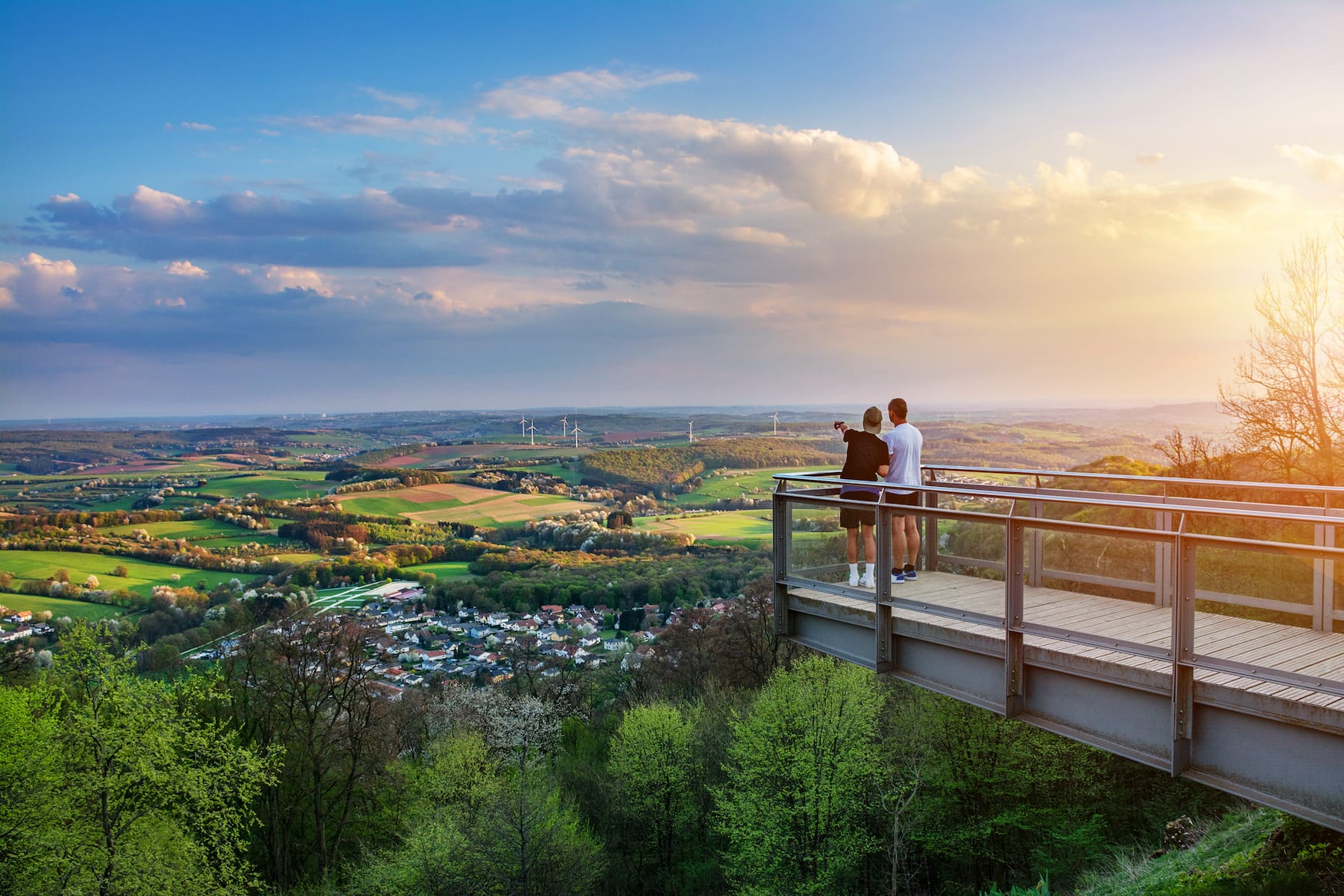 Saarland, Germany’s smallest federal state, nestled on the border with France, is an undiscovered beauty – and a real travel tip for insiders. Gentle green hills cover the land, while the region’s industrial legacy reminds visitors of its past as a mining center. And the people? They really know how to enjoy life – preferably with some solid food. These are our ten highlights in Saarland.

Saarland‘s capital, Saarbrücken, on the beautiful Saar river, is a rewarding mixture of residential areas and lively, cool districts. High on a hill sits the city’s “White Castle”, sharing an elegant square with the “Schlosskirche” (previously a church, but now a museum of religious art) and the state parliament. If you are looking for hip cafés, restaurants, pubs, second hand and vintage stores, just ask for „das Viertel“ (the Quarter). Everybody will know where you want to go; the Nauwieser district has made itself a name as the cultural heart of Saarbrücken far beyond the city limits. Not all the old houses in the area have been renovated yet, giving this creative quarter an authentic shabby-chic charm.

French and German culture come together in Saarland. No wonder: Over the centuries, the region has belonged to both nations. Many expressions from the French language have found their way into the local dialect – like calling an umbrella a parapli. Many towns and villages in the region still carry French names.

French influence is especially strong in the region’s cuisine, particularly at the more gourmet end of the scale. The options for gourmet dining in Saarland are tremendous – the density of Michelin-Star-chefs is much higher here than in other states. One of our favourites is the restaurant Esplanade in Saarbrücken, which welcomes its guests with the finest oysters, appetizing côte du boeuf and fruity quark soufflé await and an elegant interior. For lunch, try their excellent plat du jour.

Curvy Beauty: The “Saarschleife” – A Loop in the Saar

It’s Saarland’s most popular – and perhaps most Instagrammed – sight: Near Mettlach, the river Saar turns a in 180-degree loop, winding through hills covered by thick forests. High above the steep banks, one of Germany’s most impressive viewing platforms offers visitors a spectacular view. Walk among the treetops to reach the tower, 42 metres high, where the view will leave you breathless, no matter what time of the year you go. We love to visit around October, when the woods are a blazing display of autumn colours.

Lights On in Saarlouis

Saarland is an industrial state with a history of mining. In 2012, the last coal mine was closed, but relicts and stories from this past can be found all over Saarland. In Saarlouis, an elegant memorial bears witness to the era: 150 metres above the city, throned on the apex of a mining waste heap, sits the so-called Saarpolygon. Illuminated at night, this monument made of steel is worth a visit any time. It also serves as a viewing platform for the region.

Wandering Among the Hills: Bliesgau

In the very south of Saarland, the hilly landscape of Bliesgau reaches far into France. Large parts of the area are protected as a biosphere reserve by UNESCO. The landscapes here are of wide, old orchard meadows, beech forests and pastures, reminiscent of distant lands. The flora and fauna presents itself in an enormous variety – numerous kinds of colourful orchids fill the grasslands, wild horses and water buffalo have found a home here, along with kingfishers and many other bird species. The best way to explore the Bliesgau region is on one of the many fantastic hiking paths. Make sure to stop at the mysterious Gollenstein menhir, which has been standing for more than 4,000 years.

Since its opening in 2017, the Seezeitlodge Resort on the beautiful Lake Bostal has become a favourite spot for tourists and locals alike. A true wellness sanctuary offering 2,700m² of saunas, pools and steam baths. The resort‘s restaurant, Lumi, indulges guests with gourmet local treats and breath-taking views over the lake. Good to know: You can also enjoy the spa as a day visitor.

A Stroll Through the Old Towns of Sankt Wendel and Ottweiler

Wonderful, romantic, old towns can be found to explore all over Saarland. Sankt Wendel, with its market square surrounded by half-timbered houses, is surely one of the most picturesque. At night, the nearby cafés and restaurants give this spot a real holiday vibe. Our favourite: Bruder Jakob. Whether you are looking for a hearty breakfast, tasty burgers or a cool cocktail, there’s something for everyone (reservations recommended).

Ottweiler is also worth a visit. Mingle with the locals on a Saturday morning around the cobblestoned market, and enjoy the view of the rustic church tower. Cosy cafés and boutique shops will lull you into an extended shopping tour. Make sure to pay Gretas Modezimmer and its sister shop Greta & Rosa a visit. You’re sure to fall in love with all their carefully curated collection of Scandinavian fashion.

Perhaps the best time to visit Sankt Wendel and Ottweiler is around Christmas, when the streets are lit up by the lights of the Christmas markets. Unfortunately it looks like corona has put a stop to this year’s market, but there’s always Christmas 2021 to plan for…

The “Völklinger Hütte” used to be the most important ironworks in the province. Today, it is a location for modern art, concerts and impressive industrial culture. Since 1994, parts of the facility, which closed in 1986, have been recognized as world cultural heritage. The whole site is imposing – in the 1950s, more than 17,000 workers were employed here. Enjoy fascinating exhibitions in an unusual setting or join the music festival “electro magnetic”, which has taken place at the Völklinger Hütte since 2012.

Saarland has a weakness for monuments on its green hilltops. One of our favourites is the “Wortsegel” (Word Sail). Sculptor and artist, Heinrich Popp, designed the steel sculpture and gave it to his hometown in Sotzweiler. Hike up the hill where the artwork sits at 340m above sea level for great views, especially at sunset. A 13 kilometre-long hiking paths leads you around the hill.

The Caves in Homburg

Homburg’s “Schlossberg” or “Castle Mountain” is full of holes, just like a Swiss cheese. A fact that was discovered by accident in the 1930s by children playing there. Europe’s largest Bunter sandstone caves are actually man-made. The caves where dug in the 17th century, when the sand was used for the production of glass and cast iron. After their rediscovery, they served as a bunker during World War II. Today, however, they are beautifully restored. The gigantic halls and corridors of colourful sandstone deep in the mountain are certainly worth a visit.

Previous
Rules of Etiquette for a Pleasant Stay in Germany

Next
The Most Popular Unesco World Heritage Sites in Germany