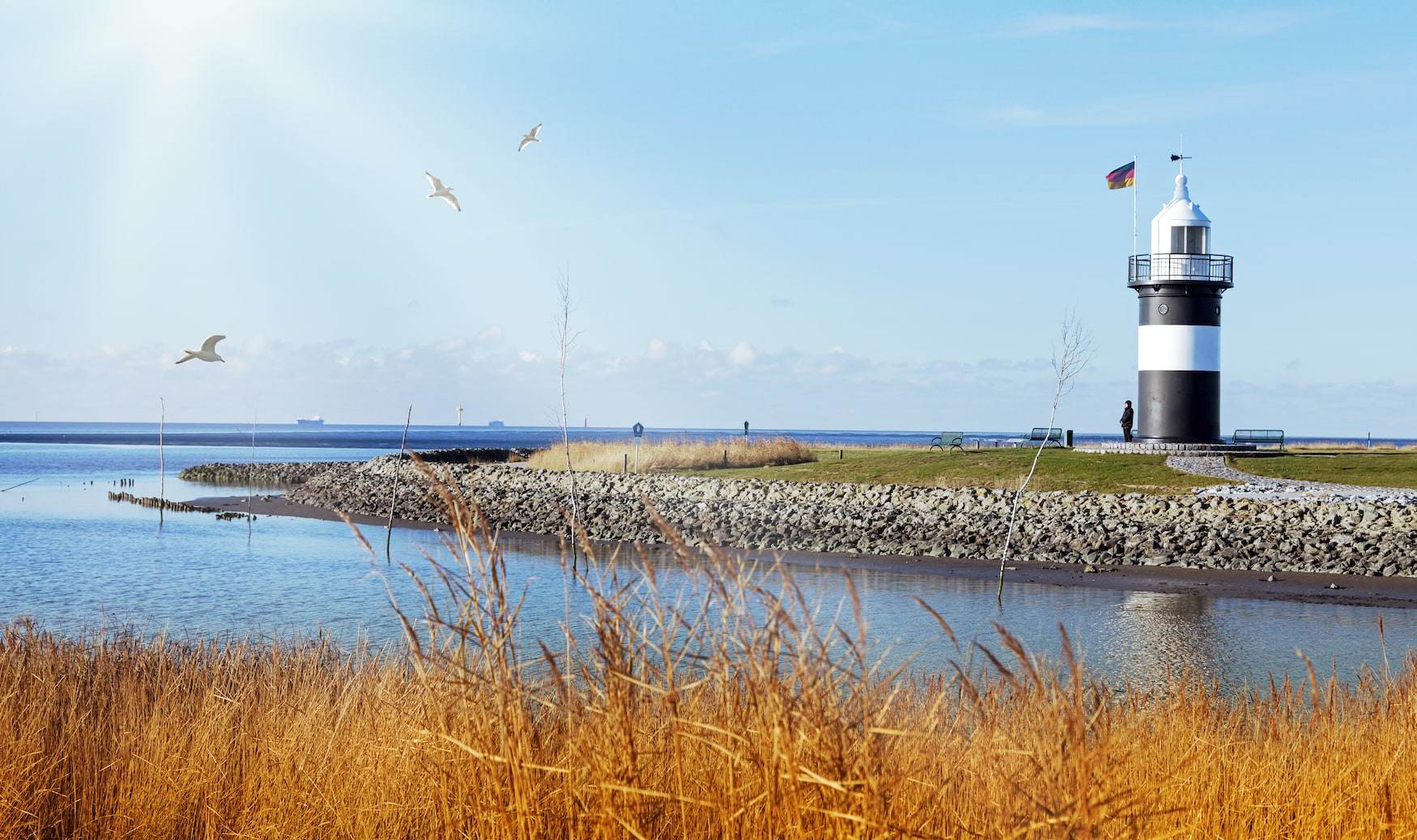 Each autumn more than a million migratory birds make a stopover in Lower Saxony’s Wadden Sea on their journey south. During this time, the North Sea coast becomes a hotspot for bird watchers. funkyGERMANY lies and waits for the feathered flyers to appear.

September and October are the best months for birdwatchers. As summer slowly takes its leave, these feathered friends move south, stopping off to fatten up on the North Sea coast of Lower Saxony. These migratory birds look for food at low tide in the mudflats and gather on the salt marshes when the tide is up. The harsh calls of barnacle geese then mix with the cooing of eider ducks and the bright chirping of the curlew; a symphony of bird calls.

“A Little Birdie Told Me”

To ensure that the balancing act between man and nature succeeds, the National Park administration takes ornithologists by the hand. After all, they want to bring interested visitors close to the bird life that is found here. But disturbing the animals is not an option. With guided tours, marked paths in the salt marshes and freely accessible bird watching stations along the coast, keeping the balance is possible. Best of all, with almost 3.500km² of UNSECO World Heritage Site, there is more than enough space to keep your distance from other visitors – whether human or bird.

On guided tours in the coastal mudflats, participants learn more about the long journey of the birds. They also learn why the Wadden Sea is so important for them. During a sunset hike into the coastal bathing resort of Nessmersiel, for example, guide Jessica Supthut brings small groups of birders to vantage points. There, with a little luck, they can observe thousands of geese flying to their sleeping waters or dense clouds of arctic waders rising above the salt marshes.

“Birds of a Feather Flock Together”

The salt marshes form a transition zone between the mudflats and the mainland. Here a whole series of nature trails and marked paths can be walked without guides. Like on the Wurster North Sea coast, where the summer dikes have been opened and tidal streams created, so that the meadows near Cappel-Neufeld are once again under the influence of the sea. Breeding and resting birds such as oystercatchers and lapwings have quickly discovered the naturalized area for themselves. An observation tower offers an excellent birds-eye view of what is happening. The National Park House in Dornum-Neufeld is also dedicated to migratory birds.

The nature experience trail, Langwarder Groden, on the Butjadingen peninsula is a perfect place to get up close to the bird life of the salt marshes without disturbing the animals. With the national park ranger, Susanne Koschel, hikers can cross the mudflats on a circular path. It will be completed with viewing bridges, where they are informed of which migratory birds are currently able to be seen.

At Osthafen, in Norden-Norddeich, one of the numerous coastal bird observation stations can be found. There, visitors can observe the bird life of the Wadden Sea, protected from wind and weather. The station is part of the Ostermarsch bird trail, an ornithological nature trail of around 7.5 kilometres, running along the dike and easy to explore by bike. On the way, those who are curious can use QR codes on information boards to view a supporting website with further information.

During the migratory bird days in October, boat trips with the MS “Harle Kurier” are dedicated to the birds’ preferred menu. On a three-hour navigation into “Jadebusen”, the bay in front of Wilhelmshaven, a net is thrown into the water. Passengers can inspect the catch to see the mussels and other sea creatures which the birds feed on, before setting them free again. Another opportunity for man to appreciate nature.

Next
Bad Bergzabern: Hiking in the Southern Palatinate