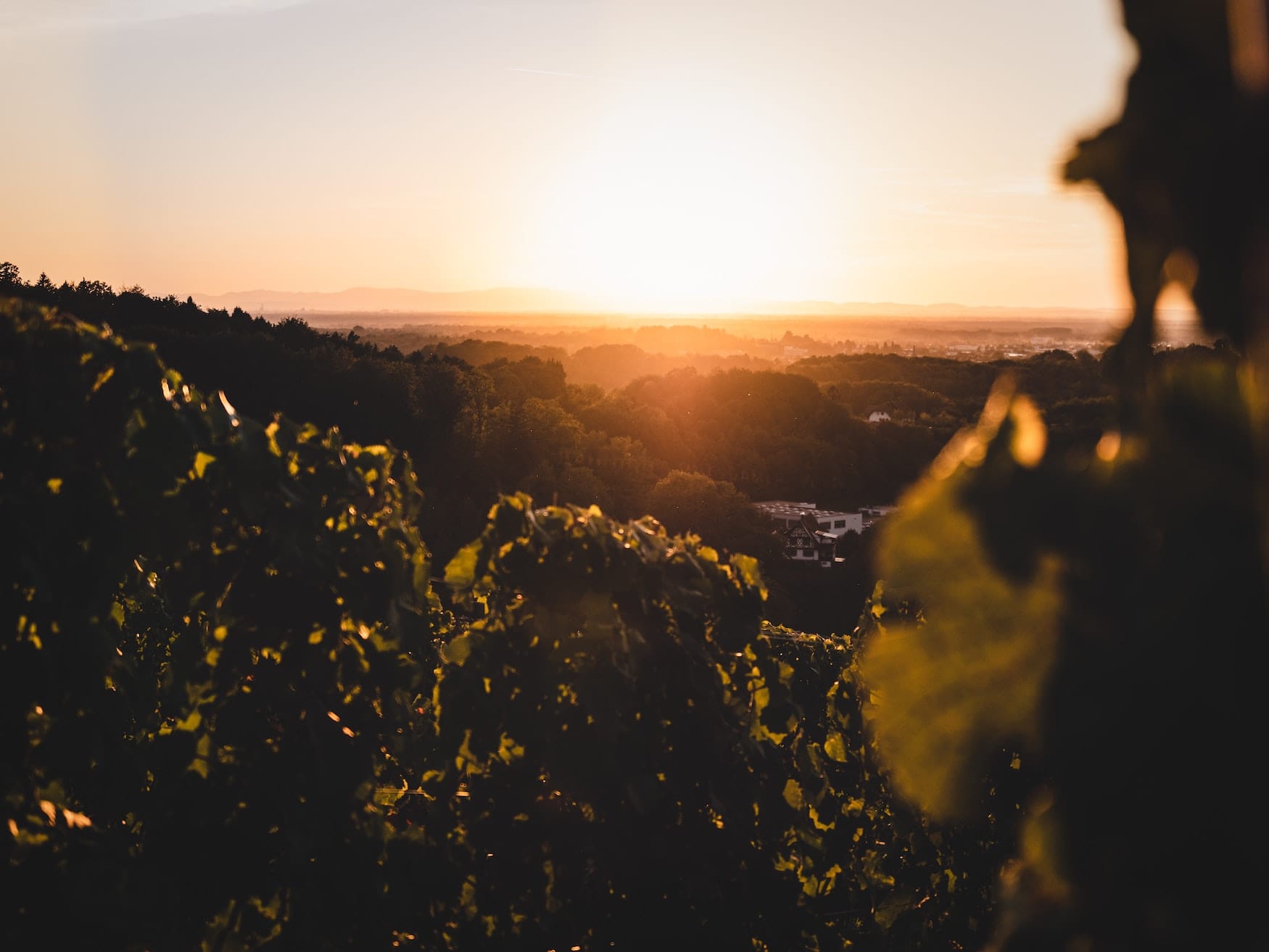 Walking in the city

Get your hiking boots on and let’s go! It’s not just in the mountains and plains of southern Germany that hiking adventures await. The region’s cities also provide some great hiking trails. “Urban Hiking” offers an outdoor excursion in the middle of the city. Without a long drive by car you can discover hidden corners and new districts.

Among the various tours through Baden-Württemberg’s urban areas you’ll find the ideal route for every fitness level. And with the right clothing, there is no excuse for those who don’t like the cooler weather of the autumn and winter months. After all, in the city, the next café or restaurant to warm up in is never far away.

Mannheim’s “Maulbeerinsel” (which literally means “Mulberry Island”) is not a natural island. It was created in the 1920s during the construction of the Neckar Canal. Today, the municipal waterworks can be found there. In contrast, the mulberry trees that give the island its name found their place in the region much earlier. Elector Karl Theodor had the Neckar dam planted with them as early as the 18th century.

The hike to Mulberry Island nature reserve is around seven kilometres long. It starts at the television tower, then leads along the Neckar to the canal’s lock from where you can access the island. Once there, walkers can explore an untouched landscape that has become a habitat for kingfishers, storks and pheasants.

On Foot into the Past: Heiligenberg, Heidelberg

Opposite Heidelberg’s castle, on the north bank of the River Neckar, rises a 440-metre-high hill, known as “Heiligenberg”. It’s a great place for a hike. The circular tour “Keltenweg” takes walkers on a journey through time with a Celtic ring wall, monastery ruins and a medieval cistern. The “Philosophers’ Path” is another route that runs along the southern slope of the Heiligenberg. In the adjoining gardens, exotic plants such as Japanese wool mistletoe and American cypress, Spanish broom and Portuguese cherry thrive and offer a fantastic display of colour. A tour of around four kilometres connects the “Philosophers’ Trail”, the “Snake Path”, the “Old Bridge” and the main street of Heidelberg’s old town. It will be completed with the most beautiful views of the city.

Heilbronn is a city renowned for wine. Visitors to the region can improve their knowledge of wine and also their physical fitness. 24 stations on wine-making, cultural and natural landscapes await hikers on the round tour of the 6.3-kilometre-long “Wine Panorama Way”. It leads from the historical “Baumkelter” wine press on the outskirts of the city to the Wartberg mansion. Informative, educative stations make the walkway into a kind of open-air museum in the middle of the vines. In keeping with the theme, a new wine bar invites visitors to stop for a bite to eat this year. Here you can taste the wines from Heilbronn’s local slopes directly where they grow, while enjoying the magnificent panoramic view. And anyone can visit. The hiking trail is also suitable for families with baby-buggies and wheelchairs.

Step out the Door and into the Green: Rodgebiet and Dillweissenstein, Pforzheim

If you go on an urban ecology tour in Pforzheim, you will learn a lot of interesting things about nature in the city. You’ll learn about the special living conditions of the trees in the street, for example, which provide shade with their green canopy of leaves and create a better climate in the city. Or the trees that grow in private gardens or the green facades of buildings, which give food and shelter to many different animal species in densely populated areas. One of the eight circular routes leads from the urban “Rodgebiet” district in Pforzheim’s southwest, via the village-like district of Dillweissenstein, with its linden trees which give the area a bucolic appearance. The tour ends in the Hinteren Valley, a wetland with rare animals and plants. The walk can be guided or done individually.

Hiking boots and outdoor adventures in a nature reserve are probably not the first thoughts that come to mind when the name “Baden-Baden” is mentioned. Even today, it is the city’s elegant monuments, a luxurious sense of savoir-vivre, the rich cultural scene and a centuries-old bathing tradition that generate the city’s fame. Yet the chic metropolis is just a stone’s throw away from the Black Forest National Park. The “Panoramaweg” hiking route creates a bridge between the city and nature. It starts at the historical “Kurhaus” in the centre of the city, and leads across the old town to the “Battert” hill, with its rock towers, popular with climbers. From the top of Baden-Baden’s own “Table Mountain”, visitors can enjoy completely new perspectives of the city and far beyond.

Up the Stairs, Down the Stairs: “Stäffele” Hiking in Stuttgart

Stuttgart is one of the greenest cities in Germany and is characterized by its distinctive topography – the city center is nestled in the basin of a valley, surrounded by hills, forests, orchards and vineyards. Around 25 percent of the state capital of Baden-Württemberg is covered with forest, offering ideal conditions for urban hiking experiences in and around the city’s slopes. The urban jungle can be explored particularly well on foot through a special landmark of the city: More than 400 former vineyard terraces traverse the edges of Stuttgart’s valley. A tour to the “Stäffele” requires some physical fitness, but great views are guaranteed.

Embankment with a View of the Danube: The Fortress Way, Ulm

There are people from Ulm who claim that there are two important buildings in this city on the Danube. One vertical and one horizontal. The vertical one is Ulm’s cathedral – the highest church spire in the world. Lesser known is Ulm Fortress, the horizontal one. It is the largest preserved 19th-century defence system in all of Europe. With 32 educational stations at prominent fortress buildings, informing walkers about their origin, function and post-military use, the “Fortress Way” leads along the main ramparts for almost 13 kilometres. In between, hikers can enjoy beautiful views of the city on the Danube, which straddles Bavaria and Baden-Württemberg. On clear days, you can even see as far as the Alps.

A Stroll to the Beach: Don’t Forget your Swim Suit!

If you prefer walking rather than trekking, the “Uferweg” (Shore Way) in Constance is the right place for you. The flat pathway runs for a good eight kilometres along the lake, from the statue of Imperia in the town’s harbour, past the historic “Konzilgebäude” (the oldest secular medieval building in southern Germany), through the city park to the beach and lido, affectionately known as “Hörnle” by the locals. On the way, the city and the lake reveal themselves in all their beauty. From May to September, the area is a colourful stage of hustle and bustle, but becomes increasingly relaxed and peaceful during the late summer. In the autumn and winter months, when the play of light and colours change, giving the region a special magic, visitors can relax and recharge their batteries with meditative views across the lake.

Previous
Beauty brands made in Germany

Next
Floating on Historical Waters