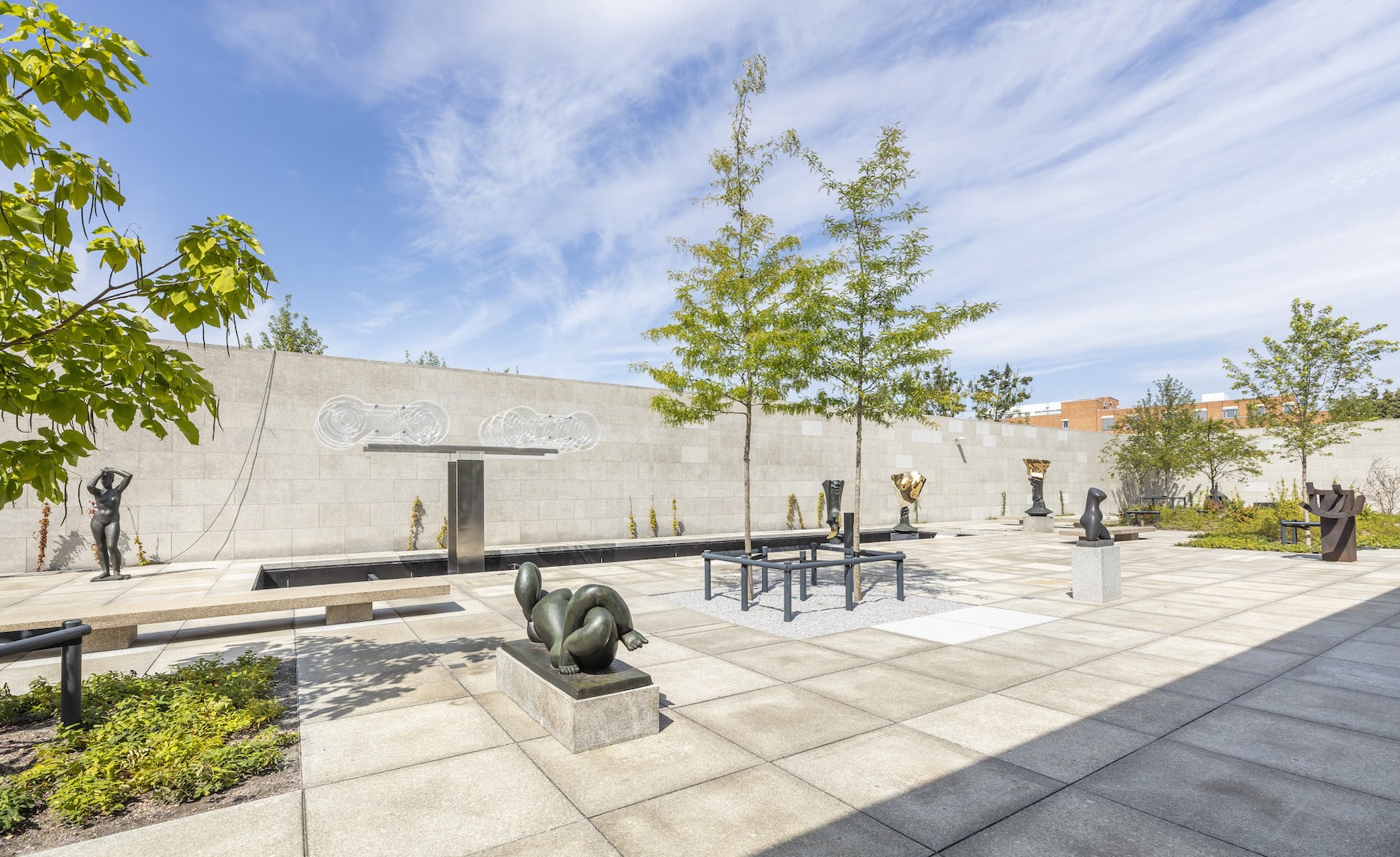 Architecture fans will henceforth have another good reason to travel to Berlin. After six long years of renovation, the “Neue Nationalgalerie” (New National Gallery) reopened its doors there in August 2021. The museum building designed by Ludwig Mies van der Rohe is considered an icon of modernism.

A facade of glass interspersed only with steel struts. A flat roof that projects far beyond the interior. In addition, a cascade of horizontal lines in the immediate surroundings. This is the concept, as simple as it is radically minimalist, that Ludwig Mies van der Rohe applied to the Neue Nationalgalerie in Berlin.

Located between the Landwehr Canal and Tiergarten, the museum building opened in 1968. It is the only building that the master builder, who was born Ludwig Maria Mies in Aachen in 1886, constructed in Germany after World War II. His status, not only in Germany, is enormous, with veneration seemingly on the rise. That’s saying something, because cultural building and architect had already made it together on a stamp of the then Bundespost for the 100th birthday of the Bauhaus protagonist.

As a museum building, the Neue Nationalgalerie embodies both the formal language of functionalism and minimalism. This clearly sets it apart from the ornate, lavishly decorated cultural buildings of the aristocratic age. Palaces, for example, like those on Berlin’s Museum Island.

On the surface, the idea of Mies and the Bauhaus School was to use this trick to draw attention from the building to the works of art. Secretly, however, it was clear to everyone involved that this calculation would not work out. To this day, the exhibits of the in-house collection and the changing exhibitions have a much harder time resisting the dominance and brilliance of the aesthetic concept. In addition, Neue Nationalgalerie, like so many icons of modernism, is not nearly as functional as it pretends to be. For example, the rooms are rather unsuitable not only because they are flooded with light, but also because white, universally playable walls are missing from the original floor plan.

In other respects, too, a continuously growing list of deficiencies has emerged over the years. Sometimes the roof leaked, then again the natural stone slabs on the facade showed cracks. Various visible steel parts were attacked by rust and even the many glass panes were not safe from damage. Last but not least, the indoor climate, which was subject to strong fluctuations due to the high proportion of glass in the façade, repeatedly caused irritation.

Fans of elegant architecture never perceived all this as particularly tragic. After all, Frank Lloyd Wright’s designs also have similar shortcomings, without this taking anything away from their brilliance. However, 47 years after its opening, extensive renovation was unavoidable. The cost estimate by star architect David Chipperfield came to 100 million euros. The fact that it turned out to be 140 million euros was considered rather positive news in Berlin, given other construction disasters such as the capital’s airport.

As much Mies as possible

During the refurbishment, the Briton (*1953) had to obey one motto above all, which he describes as “as much Mies as possible”. At the same time, he had the task of making the thoroughly fragile building fit for the future. If the tenor of the feuilletons is to be believed, he more than succeeded. From now on, Berliners and visitors will once again have the opportunity to take a look at the building’s impressive collection.

The names all enjoy the status of drawing cards. The list includes Edvard Munch, Pablo Picasso, Ernst Ludwig Kirchner and Max Beckmann, as well as Francis Bacon, Gerhard Richter and Andy Warhol. Nevertheless, it would probably surprise no one if the name Mies van der Rohe single-handedly attracts at least just as many art lovers. Even the prelude could point the way, because the architect faces competition from three exhibitions in the coming months.

Previous
The quiet form of happiness