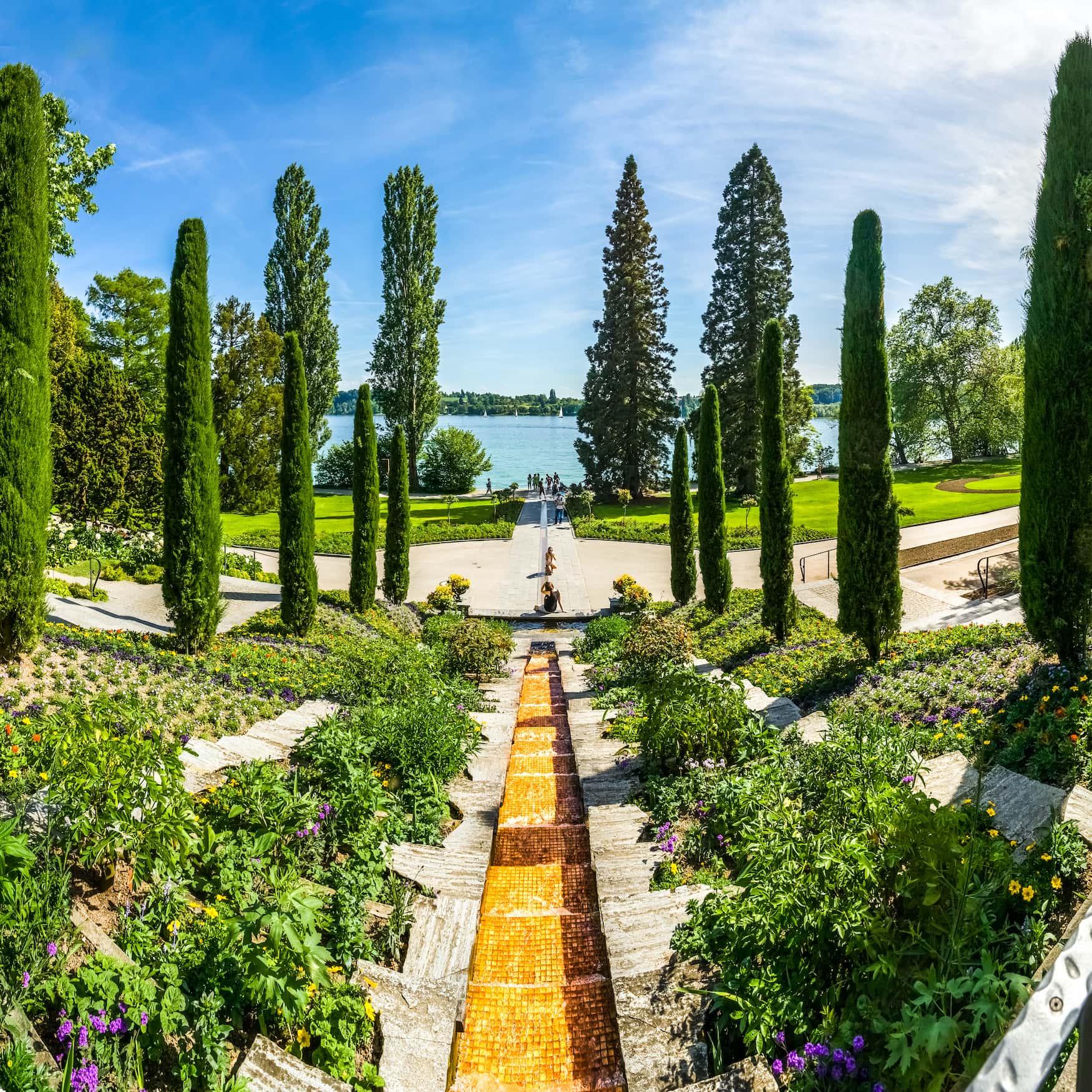 Parks and gardens in Germany are among the country’s most overlooked attractions. Yet displays of horticulture can be found everywhere. They take the form of baroque palace parklands and botanical gardens, full of diverse, lush vegetation. And then there are the grounds of the National Garden Shows (Bundesgartenschau), which regularly take place across the country. Germany even has a whole island that is dedicated to flowers and all manner of plants.

For many Germans, Baden-Württemberg has long been a kind of transit state on their way south towards Italy or France. But this is rapidly changing, as more and more Germans spend their holidays in their own country. The region’s magnificent residential palaces delight visitors with some of the most attractive parks in Germany.

In Schwetzingen, for example, there is a palace garden that is one of the most beautiful in the country. It was the aristocratic Elector Carl Phillip who commissioned the construction of the residential palace here. In his plans, he attached great importance to exotic plants; an element reflected in the elegant orangery. The complex combines the geometric elements of the baroque garden with more organic landscapes. The style was initially French in style, before changing to what is known as the English Garden. This unusual and wonderful blend makes Schwetzingen Palace Gardens not only worth a stopover but also a journey in itself.

Koblenz enjoys a privileged location at the confluence of the Moselle and Rhine rivers. From the city, vistors can gaze out over the steep slopes of the Middle Rhine Valley. Yet Koblenz was considered to be a bit of a backwater until the city hosted the National Garden Show in 2011. Since then, Koblenz has literally blossomed. Near the imposing fortress of Ehrenbreitbach, a diverse park landscape with lush vegetation unfolds.

One of the architectural highlights is the “Rhein-Mosel-Blick” viewing platform. From up here, visitors can savour the landscapes of the Rhineland-Palatinate and the “Deutsches Eck” (German Corner), where the two rivers meet. Make sure not to miss the cable car, which has been transporting guests from the grounds of the National Garden Show to the banks of the Rhine, near the city centre, since 2011.

The “Flora” in Cologne is something a little bit different. This botanical garden, in the north of the city, was created in 1864, when the city’s existing botanical garden had to make way for the new central railway station.

A park with an area of more than 11 hectares was built, with many striking elements. At the main entrance, a geometric flower bed and a dazzling fountain in its centre grab visitors’ attention. Behind it stands the main building of the “Flora“, with its banqueting hall; the scene of many fabulous balls. A large greenhouse, Europe’s most northerly avenue of palm trees and stunning displays of tulips and other colourful flowers are simply a pleasure to see. Many locals from Cologne visit the “Flora“ for a bite to eat at the “Dank Augusta” restaurant. It’s a great spot to enjoy delicious snacks and an uninterrupted view of the park.

A whole island like a single botanical garden? Sounds like a dream. But the island of Mainau, located in Lake Constance, is a reality. In Germany, Mainau is also known simply as the “Blumeninsel” – the island of flowers. Thanks to its mild climate, all kinds of plants, flowers and trees thrive here that can hardly be found anywhere else in Germany.

On Mainau, visitors can delve into an Italian rose garden, stroll through an elegant arboretum, or admire breathtaking blooms in the dahlia garden. In a large greenhouse, various species of palm trees vie for visitors’ attention. In a riverside garden a flower clock tells the time, while the island’s historical collection of citrus trees takes on the aspect of an orangery. Mainau, the island of flowers, can give any of Germany’s stunning palace gardens a run for their money.

Ode to the Enlightenment: The Wörlitz Park in the Garden Kingdom of Dessau-Wörlitz

The Gartenreich (Garden Kingdom) Dessau-Wörlitz is a landscape park with huge dimensions. This 142km² area of cultural landscape lies in Saxony-Anhalt and has enjoyed UNESCO World Heritage status since 2000, located alongside the River Elbe in the Middle Elbe biosphere reserve. The park was created in the second half of the 18th century by Leopold III Friedrich Franz von Anhalt-Dessau. As a prince of the Enlightenment, Leopold was not a fan of Baroque gardens, with their suppression of nature and symmetrical plans. For this reason, and also perhaps due to the Prince’s travels in Great Britain, the Gartenreich was developed in a more English style. Its sheer size alone gives it a special position among Germany’s gardens. Numerous palaces, churches and other historical buildings can also be found in the park.

Perhaps the best-known section of the Gartenreich is the Wörlitz Gardens, most of which were created between 1769 and 1773. Just as it was in politics and philosophy, the concept of the Enlightenment was new for horticulture. The Wörlitz Gardens illustrate that, during the Enlightenment, the creation of gardens was no longer purely about appearance or entertainment. Rather, the vegetation and other design elements were to have a concrete use, and in some way improve life. From this period on, mankind and its advancement became the measure of all things.

Previous
The (Hi)story of a Town

Next
Christmas for All: Käthe Wohlfahrt in Rothenburg ob der Tauber